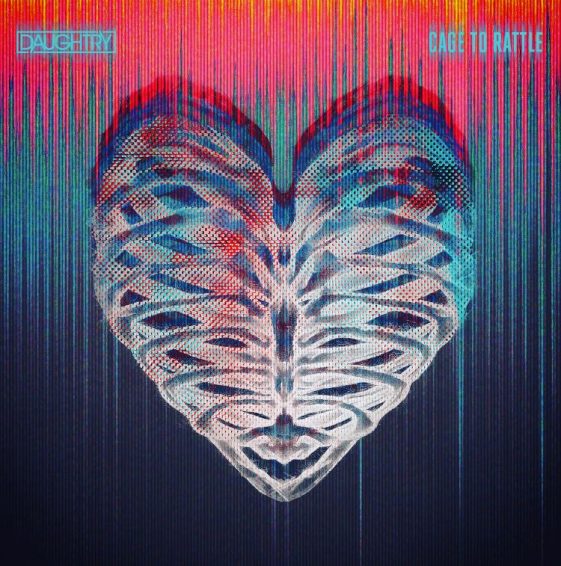 “The band fronted by the American Idol alum still stomps and swaggers on this fifth LP, which is loaded with still more no-frills, down-and-dirty area rock. And, of course, there’s the guy behind the mike: He easily upstages most other contemporary rockers”- People Magazine

Get the album HERE.

Cage To Rattle sees Daughtry once again firing on all cylinders. Produced by Jacquire King [Kings Of Leon, Tom Waits, Norah Jones] in Nashville, the album echoes the relentless energy and uncontainable spirit of the group’s most definitive anthems, while advancing boldly into new territory. Whether it’s the bluesy stomp and snap of “Backbone” or the sweeping piano of latest single “Deep End,” the album evinces evolution across the board for the musicians.

About the album, Chris Daughtry said, “This is a really special time for us. We feel like we bottled the spirit and energy from our early days and refined it over the last decade together on the road and making records. We didn’t take the easy way out. Instead, Jacquire really pushed us in the studio, and we worked really hard to make the album we’ve always wanted to make — It’s everything a Daughtry record should be.”

Last week, Daughtry ignited a North American headline tour. Tomorrow night, they perform at Ft. Eustis Army Base in Ft. Eustis, VA before rolling through major markets worldwide until December 13 when they conclude the jaunt at Paramount Theatre- Denver in Denver, CO. Tickets are on sale now. See the full routing below.

Earlier this week, frontman Chris Daughtry participated in a live interview event at Sony Hall in New York City presented by BackStory Events and Guitar World. The fascinating career-spanning conversation was livestreamed globally. Check it out HERE! Daughtry also performed on Live with Kelly and Ryan, click HERE to view. 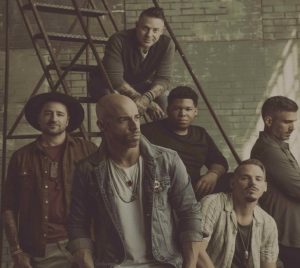 Selling 8 million albums and 16 million singles, receiving four GRAMMY® Award nominations, and landing four number ones at radio, Daughtry continue to engage, enthrall, and energize a global fan base with urgent, unbreakable, and undeniable anthems. The group first made history with the release of 2006’s quintuple-platinum self-titled debut, Daughtry. Notably, it stands out as “the fastest-selling rock debut in Soundscan history” in addition to yielding the multi-format smash “It’s Not Over.” Its platinum-selling 2009 successor, Leave This Town, became their second #1 debut on the Billboard Top 200. Next up, 2011’s Break The Spell earned a gold certification in under four weeks. Two years later, Baptized yielded the 2013 platinum hit “Waiting for Superman.” Along the way, they’ve captivated fans at sold out shows in nearly every corner of the globe.

The band pushed themselves harder than ever during the creation of their fifth full-length album, Cage To Rattle [19 Recordings/RCA], produced by Jacquire King [Kings of Leon, Tom Waits, Norah Jones]. As a result, they emerged with their most passionate, personal, and powerful record to date preceded by singles “Backbone” and “Deep End”.