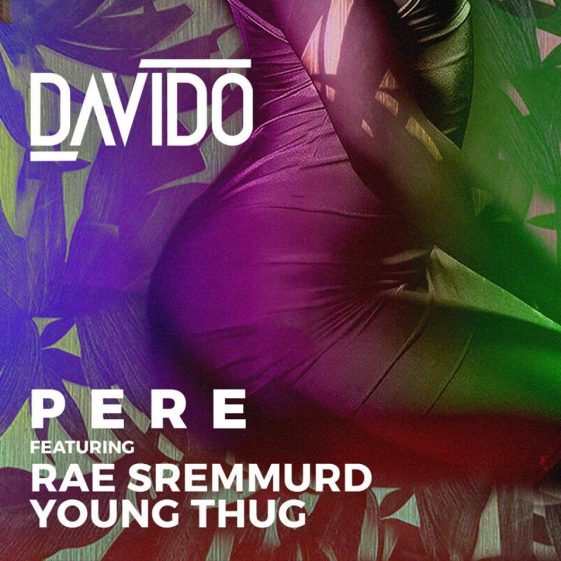 LISTEN TO THE NEW TRACK HERE:

(New York, NY – July 28, 2017) Sony Music International/RCA Records singer Davido is back with his new single “Pere,” and is joined by rap heavyweights Rae Sremmurd and Young Thug. The word “Pere” means “one time” in the Nigerian language of Yoruba. “Pere” follows viral hit “Fall,” which has been viewed over 11 million times in just one month. Global hit “If” peaked at #1 in 9 countries, while retaining the #1 spot in the Nigerian iTunes chart for 7 weeks and gained 30 million+ views on YouTube.

Emerging in 2011, Davido quickly positioned himself as a force to be reckoned with. His sound seamlessly crossed over to the mainstream with the release of successive hit singles “Way Back When,” “Dami Duro,” “Omo Baba Olowo,” “Gobe, Aye” and “Skelewu;” the latter receiving attention from Major Lazer and Wiwek who went on to remix the single. His discography placed him as an innovator of the Afrobeats sound, which was cemented with 2016’s Son Of Mercy EP. His EP would catch the world’s attention, as well as future collaborators DJ Snake, Tinashe, Trey Songz, Olamide and more.

Born in Atlanta, Georgia and raised in Nigeria, 24-year-old Davido (real name David Adedeji Adeleke) has ­­­always infused his Nigerian roots into his music. The singer/songwriter/producer chose to chase his music dreams after giving college a try. He’s performed sold out shows all over the world, including the One Africa Music Festival at Wembley. Davido has earned over 30 awards internationally, including two MTV Africa Music Awards, a 2014 BET Award for “Best African Act,” two Nigerian Teen Choice Awards for “Top Featured Artist” and “Choice Male Artist.”

CHECK OUT WHAT THE PRESS IS SAYING:

“…his sound seems to split the difference between dance music’s uptempo beats, R&B melodies and hip-hop’s effortless swag. Yet it’s all incorporated through a sound that is distinctly African.” – Rolling Stone