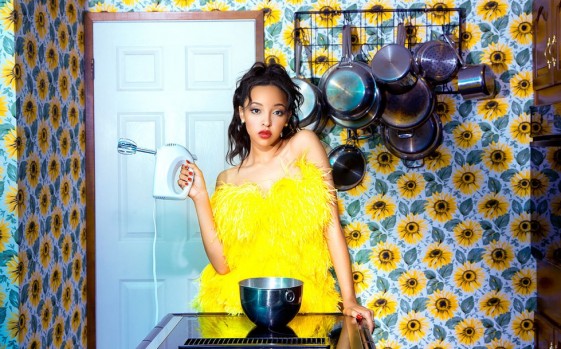 Daydreams And Joyrides With Tinashe

As she puts the finishing touches on her sophomore album, Joyride, Tinashe reflects on industry pressures, fame and the importance of sticking to your artistic vision.

Tinashe is standing on the front lawn of her childhood home in a suburb of Los Angeles, debating with her dad about which color to paint the recently repaired fence. She’s in sweats and glasses, a dramatic contrast to her glamorous onstage persona, and she’s trying to get herself motivated to pack for a massive three-month tour that will hit the States, Asia, Europe and Australia. As she edges around the grass, you wonder, “Do the neighbors know who she is?” As Tinashe settles into the massive brown couch in the living room, she confirms they do. “Uh, yeah,” she says. “They know.”

The 23-year-old musician began to draw attention in 2012 when she released two mixtapes (made right here in this house) and inked a deal with RCA Records. Her debut album, Aquarius, dropped in 2014, but it didn’t necessarily reflect Tinashe’s creative goals. She sees the first album — and its related tours — as having been a means of proving herself and showing her record label that she had the goods to make her own decisions. Her upcoming release, Joyride, which is expected out in early summer, is the album she wanted to make, as opposed to what the industry had in mind for her.

The music on Joyride is an evolution of sorts for Tinashe — and not only because she feels it’s a better reflection of her artistic vision than Aquarius. For one thing, the music itself has a stronger pop vibe than her prior work, as heard on songs like “Prisoner” and “Flame,” buoyant, anthemic numbers that pair the singer’s soulful vocals with hook-laden beats. And, for another, there are fewer featured guests (Young Thug’s collaboration on single “Party Favors” and Chris Brown’s appearance on “Player” are two), because Tinashe feels that a “great song will speak for itself.” 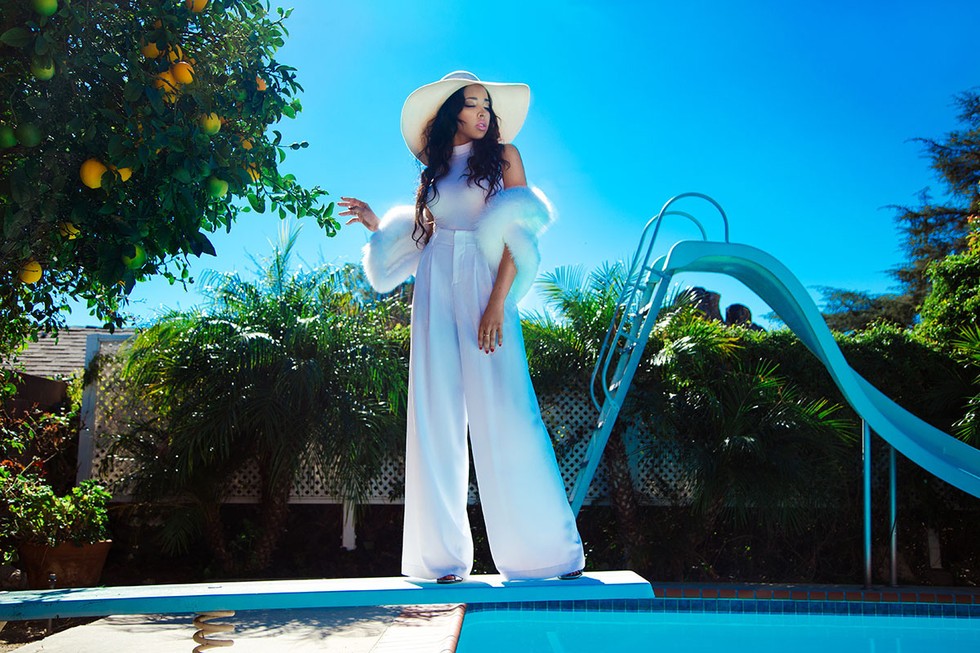 “You can’t have too many chefs in the kitchen,” she says, curled onto the couch. Her dad has disappeared into the other room and she speaks freely, clearly uninhibited. “You have to stay true to your own instincts and just have your own vision. I think that is very important. Otherwise you just get lost in the sauce.” She adds, “Especially as a young woman in the industry. A lot of people think, ‘Oh you’re just a cute girl.'” She cringes. “It has nothing to do with your artistry or your heart or work or anything like that. It’s obviously just about what you look like.”

Joyride, aptly named for the adventure Tinashe has found herself on for the past few years, is a collaboration with a variety of producers, including Dev Hynes and Boi-1da, but much of the music was written and recorded in her home studio. Tinashe is a self-taught engineer (she learned by watching YouTube tutorials) who believes that artists, particularly female artists, can maintain control by knowing how the technical aspects of creating music work. Plus, she’s comfortable in her bedroom, where everything started. “I don’t need a giant soundboard to make a good song,” she says.

Later, considering what it means to be a female pop artist, Tinashe offers a more detailed explanation of why she felt it was important to stand up for herself while making Joyride over the past year. She doesn’t want to be the type of female pop artist who is controlled by a producer. “It’s important nowadays to have your own perspective and get involved, because it is such a male-dominated industry,” she says. “We need to gain back control.” 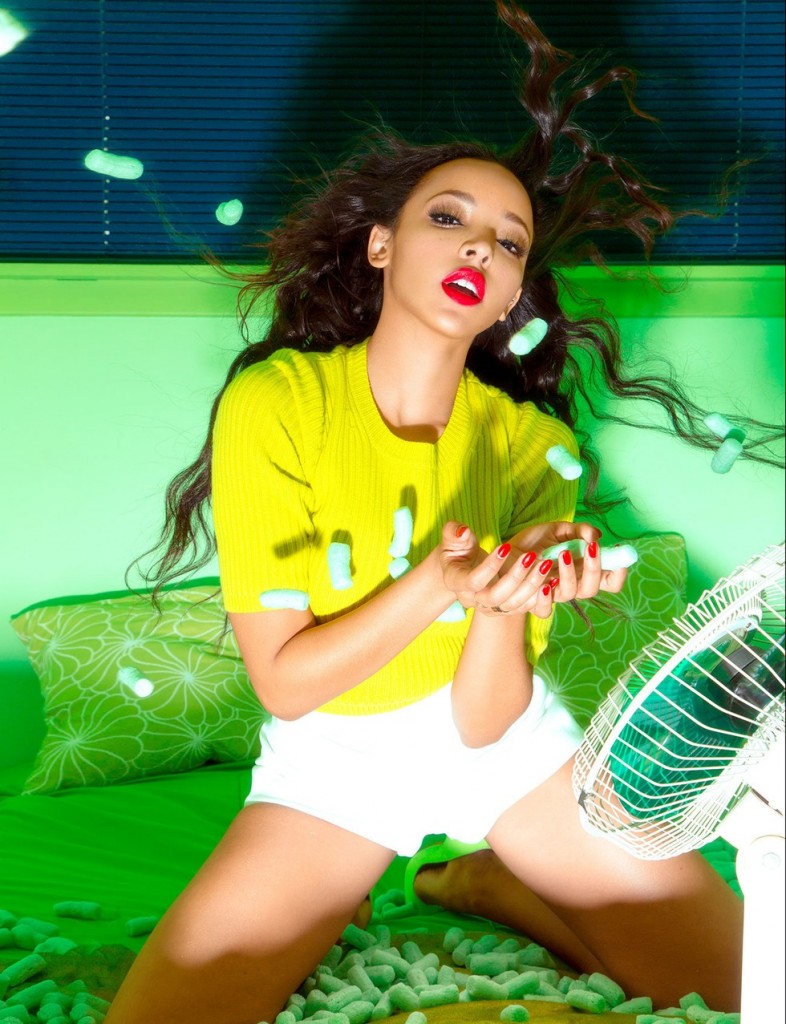 If it wasn’t already apparent from her predilection for doing interviews in her parents’ house, Tinashe is clearly not interested in following expectations or playing by the rules of fame. The songs on Joyride are about the overall experience of life — from growing up to traveling the world — not just relationships, and, in fact, the singer has no interest in dating right now, despite what Hollywood and the tabloids might want.

“I don’t feel pressure to look any way so much as I feel pressure to act a certain way,” Tinashe reflects. “I feel the pressure to date around. People are always shocked to know that I don’t date around with other celebrities. [But] it’s just not my style. I’m not trying to be well known because of the people I’m dating, or the people that I’m seen with. I’d rather just be known for my music or my art.” She grins. “People will say something crazy like, ‘Why don’t you just go date Justin Bieber and be way more famous?’ I’m like, ‘What?'”

These ideas of growth and of being in control — whether in her music or in her personal life — carry over to Tinashe’s upcoming tour. She’s enlisted a new stylist, a new choreographer and new backup dancers, and she wants the shows to feel like stadium performances, even if they’re in smaller venues. “It still feels true to where I’ve been, even if it feels like an evolution to where I’m going,” she notes of both her new music and new live show. The singer pauses and smiles. “If that makes any sense.” It does.