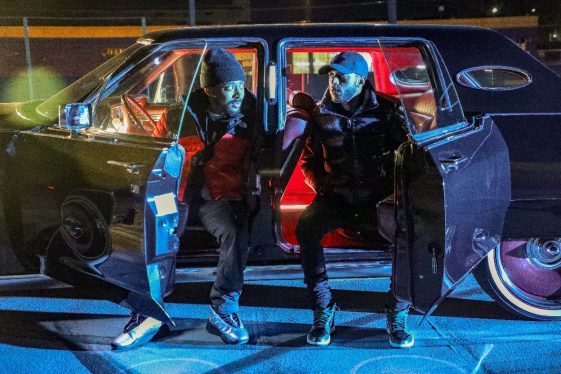 “If every rapper was as hungry as Deante’ Hitchcock, the world would be a better place. Period.”

[New York, NY – March 26, 2020] Today, ByStorm Entertainment/RCA Records recording artist Deante’ Hitchcock releases the video for “How TF” featuring 6LACK.  Directed by GLP, the video shows the two in a psychiatric hospital grappling with the emotions set forth in the song’s lyrics.

“After coming off of tour with 6LACK back in 2018 I knew once we finally sat down and put something together it was going to be special,” states Deante’. “I’m glad to be able to say I was 100 percent right about that. This song is necessary for a lot of people. These are all the things we’re saying about love in our heads instead of saying them out loud.”

6LACK adds, “It was very special to create with the bro Deante’ on ‘How TF,’ especially on a topic I’m always willing to shed more light on… love.”

“How TF” was produced by Brandon Phillips-Taylor and is the lead track from Deante’s forthcoming debut album.

In 2019, Deante’ secured a highly coveted spot on the Grammy-nominated J. Cole compilation album, Revenge the Dreamers III, which is currently RIAA-certified Platinum. His latest single, “How TF” featuring LVRN’s 6LACK has 10 million streams and continues to gain exposure as he prepares for the release of his debut album this year on ByStorm Entertainment/RCA Records.