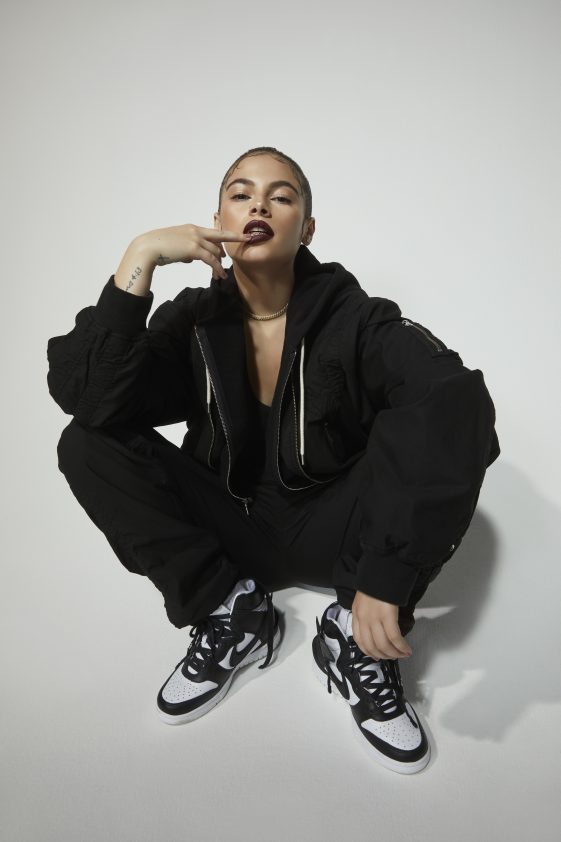 “Delta of Destiny,” as Part of Launch for the Jordan Delta 2 Shoe

“What I Like” was produced by multi-Grammy Award winning and “Producer of the Year” nominated producers/songwriters The Stereotypes (Bruno Mars, Cardi B., Justin Bieber) who also co-wrote the song with Destiny.

Unapologetic but impossibly smooth, “What I Like” shares some crucial insight into Destiny’s personality, listing off what she loves (matte-black Mercedes-AMGs, men who don’t talk too much) and what she can’t stand (driving the speed limit, dudes who expect her to pick up the check).

​The release of “What I Like” coincides with the launch of Destiny’s Jordan Brand campaign, titled “Delta of Destiny” for the release of the Jordan Delta 2 shoe. The month-long campaign will be featured on Jordan’s social pages and on the Nike app. Every week until August 11th, Jordan Brand will be releasing content featuring Destiny Rogers with “What I Like” as the featured track.

Check out the Jordan Brand campaign on Instagram HERE and on the Nike App HERE.

Comments Destiny: “I am so thankful to the Jordan family for a giving me the opportunity and platform to share my story and to feature some new music! It’s a dream come true.”

“What I Like” follows Destiny’s just released track “West Like” feat Kalan.FrFr on which Destiny pays loving homage to her West Coast and Latin roots, laying down a groove-heavy, talk-box-enhanced track inspired by the classic G-Funk records of the early ’90s. Check out the video premiere on COMPLEX, watch the official video HERE and a live performance that debuted last week HERE.

Since first breaking through with her boldly confident but carefree single “Tomboy,” which has generated 43 million views on YouTube (Watch HERE) and most recently covered by K-Pop super group Black Pink’s Lisa through a dance cover (Watch HERE)) that has generated over 67 million views,  Destiny Rogers has staked her claim as an artist to watch. Growing up in the Northern California town of Lodi, the 21-year-old multi-faceted musician taught herself to play guitar at age 10 and soon started writing and self-producing her own songs. Soon after the 2019 premiere of “Tomboy,” a track that recently hit #12 on Spotify’s Global Viral 50, Destiny’s spectacular rise has included touring the world and writing for heavy hitters such as Alicia Keys, Khelani and G-Eazy, all while discovering a new sound that transcends genres to irresistible effect.

Check out her Genius Verified piece HERE which explores her debut “Tomboy.”

Destiny Rogers is currently in the studio working on new material.  Prior to “West Like” featuring Kalan.FrFr, Destiny released a reworking of “Tomboy” feat. Coi Leray, and linked up with Coi for a special TikTok to the song which was reposted on Instagram and praised by Kim Kardashian West.  In addition, K-Pop superstar B.I released his global single, “Got It Like That” featuring Destiny Rogers with Tyla Yaweh which debuted at #1 on Spotify’s K-Pop X-Overs chart and has generated over 4 million views on YouTube (Watch HERE).