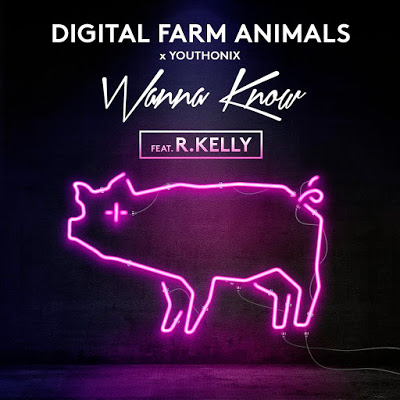 Hours in advance of its release on Saturday 3/19, The Fader premiered the track and acclaimed dj/radio personality Pete Tong premiered it via his Winter Music Conference Radio 1 show broadcast from the Ultra Music Festival in Miami.

DFA’s new single comes on the heels of writing and remixing Dua Lipa’s acclaimed “Be The One,” his outstanding vocal performance on Netsky’s “Work It Out,” and  “Rio,” as well as for his acclaimed remix of Amy Winehouse’s “Stronger Than Me” (DFA’s remix of Winehouse’s “Stronger Than Me,”  is the first and only rework ever approved by her family since she passed away).  He has previously collaborated with Will.I.AM, MNEK, Galantis, Cash Cash, and others and provided remixes for the likes of Icona Pop, Lily Allen, K Stewart and more.

DFA’s debut single “True” surpassed a million Spotify plays and half a million views on YouTube and British music icon Elton John listed Netsky’s ‘Rio,’ featuring DFA as one of ‘Top 15 Tracks to Listen to Now’ in the Sunday Times.

Upcoming projects include work with Galantis, Anne Marie, Cash Cash, Will I Am and more.