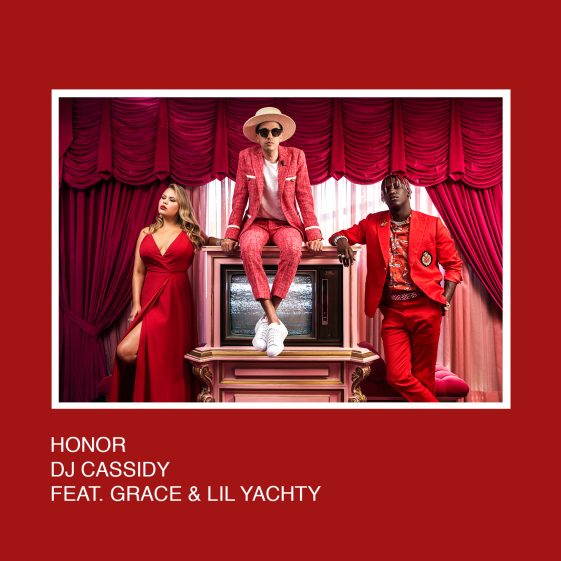 “From the The Get Down Part II soundtrack, DJ Cassidy gives us a reason to get on down (pun intended), on the dance floor with his new single” —Vibe

“’Honor’…nods to yesteryear with the rich, soulful production.” —Idolator

“DJ Cassidy is back with a brand new dance anthem for his loyal fan base.” — XXL

“While not quite hip-hop or straight R&B, the track gives us a great blend of the two, along with a dash of sass and drama.” —Soul Bounce

The boldly monochromatic music video for “Honor” was directed by acclaimed fashion photographer Sasha Samsonova and features Cassidy, GRACE and Yachty in a highly stylized 1969 Palm Springs home. The video’s release follows the announcement that the single is also included in the latest installment of Netflix’s The Get Down and its accompanying The Get Down Part II Soundtrack.

The release of “Honor” follows DJ Cassidy’s series of standout single releases, including “Kill the Lights,” which features Jess Glynne, Alex Newell and iconic guitarist Nile Rodgers. The song reached #1 on the Billboard Dance Chart and Top 20 on Spotify. DJ Cassidy also recently produced a cover of Tom Tom Club’s classic, “Genius of Love” which featured Tinashe for a national Target commercial, and the effervescent pop-funk track “Future is Mine” featuring Chromeo which debuted via Pitchfork.com.