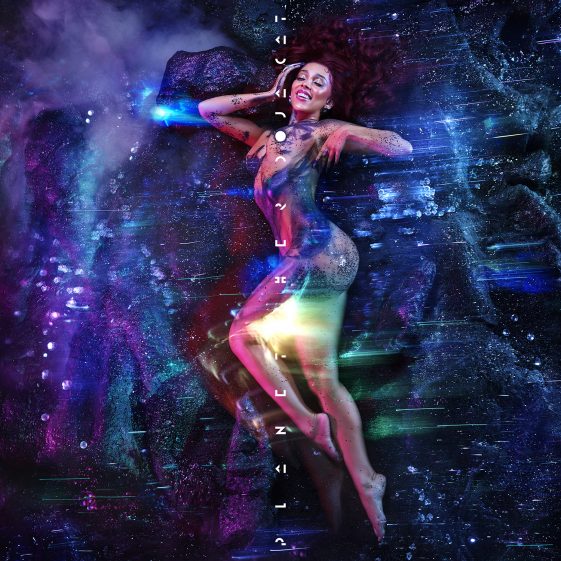 (Los Angeles, CA) Global superstar Doja Cat snags another “first” – this time becoming the first rapper to have 3 records in the Top 10 at Top 40 radio this week. She also becomes the 2nd artist ever to achieve this Top 10 trifecta. “You Right” ft. The Weeknd lands at #6, followed by her unstoppable smash “Kiss Me More” ft. SZA at #7 and “Need To Know” breaks in at #10. This historic feat is unprecedented for a rapper and is just the latest in a string of massive accomplishments for Doja since Planet Her exploded into the world in June.

Doja Cat was recently celebrated for her star turning hosting debut and breathtaking performance at the MTV VMA’s followed by her incredible ACL debut.

3-time GRAMMY nominee Doja Cat made her first upload to Soundcloud in 2013 at just 16-years-old. Having grown up in and around the LA area, she developed a knack for music by studying piano and dance as a kid and listening to the likes of Busta Rhymes, Erykah Badu, Nicki Minaj, Drake, and more. Soon, she went from obsessing over Catwoman (the Halle Berry version) to crate digging on YouTube. The budding talent taught herself Logic and how to compose on a midi controller. Signed to Kemosabe/RCA in 2014, she released her Purrr! EP and followed that with her debut album Amala in spring 2018, but it was her August 2018 release of “Mooo!” which catapulted her into the mainstream and was met with critical acclaim.

Doja Cat released her sophomore album Hot Pink in November 2019 to mass critical acclaim, the album was a platinum success with over 14.5 billion streams worldwide. Hot Pink features “Juicy” which hit #1 at Rhythm radio, “Say So” her Grammy nominated #1 smash record and “Streets”, the viral sensation that soundtracked the ‘Silhouette Challenge,’ one of the biggest TikTok trends to date.

The success of “Say So” which hit #1 on the Billboard Hot 100 and has been RIAA certified 4x platinum and streamed over 6.7 billion times catapulted Doja into global superstardom. She has taken home the Best New Artist Award at the MTV VMAs, the MTV EMAs, the AMAs (where she also won the Best Female Soul/R&B Artist Award) and the iHeart Radio Awards. She has been nominated for countless awards including 3 GRAMMY Awards, 9 MTV VMA Awards, 5 Billboard Music Awards, 4 American Music Awards, 2 BET Awards, and 2 People’s Choice Awards.

Doja’s creativity and showmanship as a performer have been praised time and time again, she has delivered unique and show stopping performances on nearly all the major Award Show stages including the GRAMMY Awards, the American Music Awards, the Billboard Awards, the iHeart Radio Awards and the MTV VMA and EMA Awards. Her last tour sold out in 10 minutes and she has played numerous festivals including Rap Caviar Live Miami, Posty Fest, Day n Vegas and Rolling Loud LA.

Doja Cat’s new album Planet Her came out in June 2021 and dominated the charts, debuting at #1 on the Billboard Top R&B Albums chart and #2 on the Billboard Top 200 and Billboard Top R&B/Hip-Hop Albums chart, marking Doja Cat’s career best and highest debut to date with 109K in total activity in the US alone. Spanning a range of genres Planet Her also generated the highest first day Spotify streams for an album by a female rapper, was the top Pop album upon release based on consumption according to MRC data, and marks both the biggest debut for female rapper and the top female R&B debut of 2021. “Kiss Me More” ft. SZA, the lead single off Planet Her is certified platinum by the RIAA and hit #1 at Top 40 and Rhythm radio with over 2.8 billion streams worldwide.