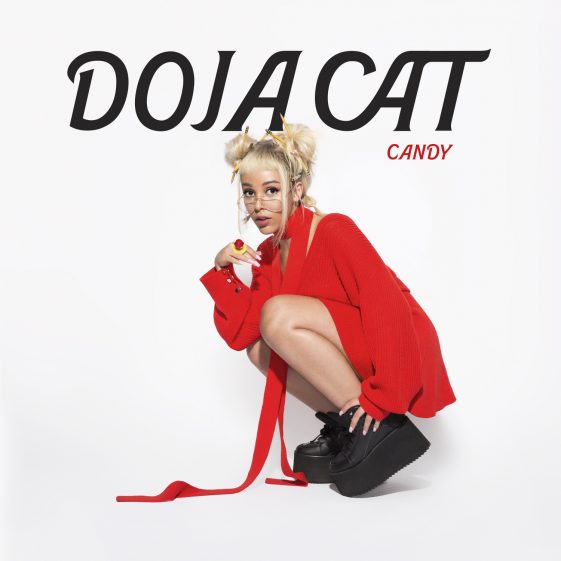 [March 23, 2018 – New York, NY] – Buzzing singer/songwriter/producer, Doja Cat reveals another slice of her highly anticipated debut album Amala with the release of “Candy.” The track is available to stream and purchase at all digital service providers now. Amala is set for release on March 30th via RCA Records. Click here to listen to “Candy.”

The soulful and bouncy “Candy” is written by Doja Cat and produced by Yeti and Budo.

“Candy” follows the release of standout tracks “Go To Town” and “Roll With Us.” Refinery29 describes that “…Doja Cat more than delivers [on ‘Go To Town’]…[it is] colorful and seductive…an incredibly catchy pop record that features her fun, expandable voice and slick rapping.” Upon release, “Roll With Us” was featured Spotify’s New Music Friday and Global Viral 50 playlists upon release and has been streamed nearly 1 million times worldwide. Hot New Hip Hop exclaims, “delicate vocals and lovable lyrics… [‘Roll With Us’ boasts] her signature sweet spot between pop and R&B-influenced sounds…” while Karen Civil proclaims, “…a fun and natural follow-up…a light knocking trap lullaby…”

Amala marks Doja Cat’s first official project release since her 2014 Purrr! EP, which features her breakout track, “So High.” “So High” has been streamed over 30 million times worldwide and garnered critical acclaim upon release from outlets such as FADER, VIBE, PAPER and Pigeons & Planes who describe the EP as having “…hazy, woozy production and undeniable hooks…It’s a masterclass in drugged out, experimental production…[with] warm, breathy singing and rapping…”

With her official return and the release of Amala, Doja will undoubtedly impress fans and critics alike, kicking off what is sure to be a bright 2018 for the rising star.

Buy/Stream “Roll With Us”: