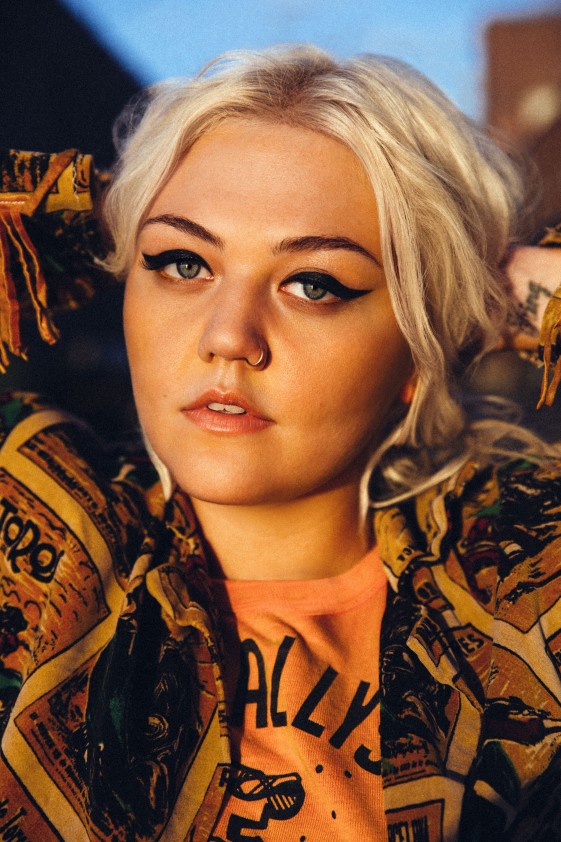 Pop, blues, and rock’n’roll singer Elle King has just been named VH1’S “You Oughta Know” artist for the month of July. Elle King is currently on a headlining tour with almost all of the dates sold out across the US in support of her hit single “Ex’s & Oh’s” and debut album LOVE STUFF. “Ex’s & Oh’s” is #1 on the AAA radio chart and Top 10 on the Alternative radio chart this week.

Elle debuted her video for “Ex’s & Oh’s” on VH1’s THE 20 and it has been in frequent rotation on the network. Click here to watch it now. VH1 has been a huge early supporter of Elle’s music. Her single “Playing for Keeps” was the theme song for “Mob Wives Chicago” in 2012, and since then, Elle’s music has been featured repeatedly in various VH1 series, including four separate times in the “Mob Wives” franchise.

King was one of the most buzzed about artists at this year’s Bonnaroo and South by Southwest music festivals, with rave reactions from USA Today, Billboard and more. Upcoming festival appearances include Lollapalooza, Bumbershoot, and Squamish Valley Music Festival in the coming months. Click here for upcoming tour dates.

About VH1’S “You Oughta Know”:
Since its launch in 2005, VH1’s “You Oughta Know” franchise has introduced promising new artists on the rise and served as a barometer for what and who’s hot in music today. Many “You Oughta Know” artists have gone on to win industry awards and accolades including “Best New Artist” Grammy Awards and nominations. This highly acclaimed franchise has helped break artists such as Adele, Ed Sheeran, Mumford & Sons, Lorde, Sam Smith, Hozier and Sia and many, many more.

About VH1
VH1 delivers the ultimate mash-up of music, pop culture and nostalgia for adults who still want to have fun. VH1 is available in 93 million households in the U.S. VH1 also has an array of digital channels and services including VH1 Classic, VH1 Soul, the VH1 App, VH1.com and @VH1, the hub for all things music and pop culture. Fans may also access current and retro VH1 programming via the VH1 App, the network’s three-in-one video, new form content and co-viewing app, available for free on iOS and Android platforms. VH1 is a unit of Viacom Inc. (NASDAQ: VIA, VIAB), one of the world’s leading creators of programming and content across all media platforms. For more information, go to www.vh1press.com, VH1.com, or the VH1 Facebook page. Follow us on Twitter @VH1PR.