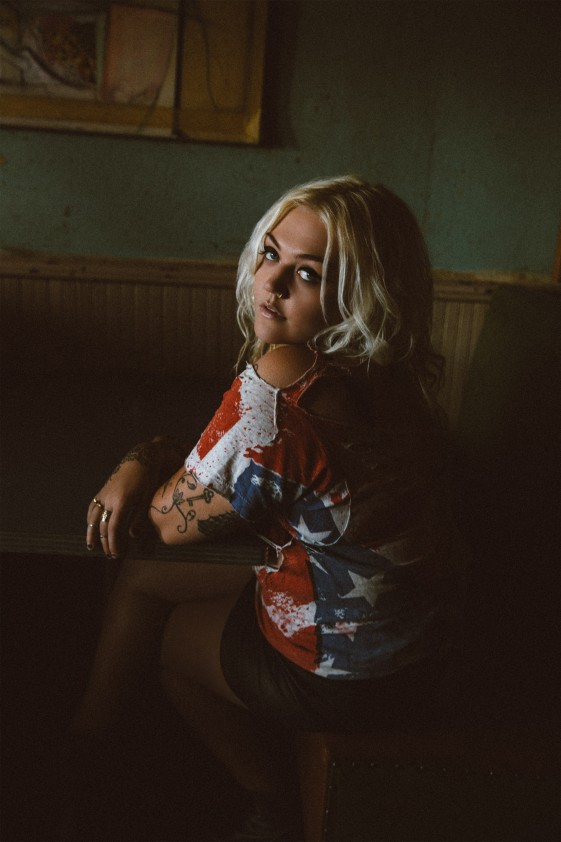 Vocal powerhouse and multi-talented musician Elle King announces today that she will be joining James Bay as the opening act on select dates of his sold out tour starting May 7th in Denver, Colorado. She will also be performing at Lollapalooza, Hangout Fest, Beale St. Music Festival and Squamish Valley Music Festival in the coming months.

Elle King will be on The Tonight Show Starring Jimmy Fallon next Friday, April 3rd to perform her hit single, “Ex’s and Oh’s”. Elle performed on The Today Show last month, on release day for her debut album “LOVE STUFF” (WATCH IT HERE).

Hot off the heels of the “LOVE STUFF” release, Elle was singled out by New York Magazine as “one of the 10 female acts that will dominate SXSW” and she received SXSW raves: Entertainment Weekly wrote “Elle King had a hot set and proved she can jump between genres with the greatest of ease…” Yahoo called her a “Badass blues-rock powerhouse,” Entertainment Tonight continued “King’s firecracker personality becomes (even more) larger than life when she hits the stage, where she flips her hair, swigs from her cup and sings each and every song like it’s her last” and The Austin Chronicle declared “…Elle King’s powerful bluesy vocals ripping ribald and defiant.”

Elle has toured with Of Monsters and Men, Train, Ed Sheeran, and many others. She will join James Bay on his sold out tour on the following dates and will be performing at a handful of festivals. Find dates below: