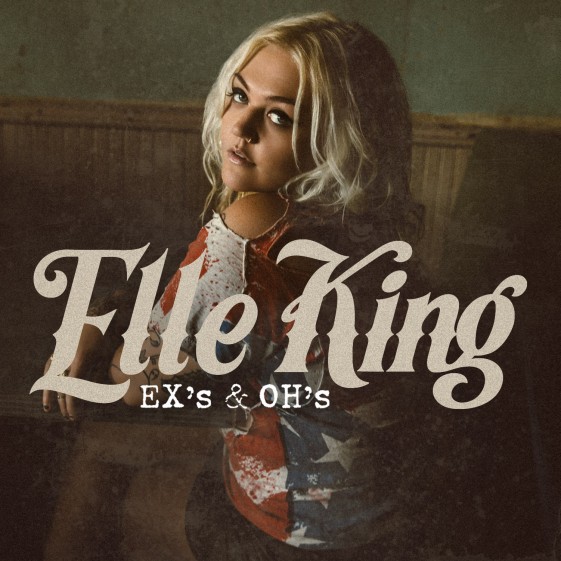 Her style is Bushwick, Brooklyn meets Ohio-Midwest. She’s charismatic and devil-may-care. She’s sweet and sassy. She’s got an arresting voice, great songs, and she plays a mean banjo and guitar.

Elle has toured with Of Monsters and Men, Michael Kiwanuka, Ed Sheeran, and many others.  With the release of her critically acclaimed 4 track EP, simply titled THE ELLE KING EP, Elle made her network television debut with her single “Playing For Keeps” on the Late Show With David Letterman (Click here to watch her performance on Letterman). The track was also featured as the theme song for “Mob Wives Chicago” and chosen for the national TV ad campaign for Mad Men’s season premiere.  Click HERE to listen to her debut EP The Elle King EP on Spotify.

Critics have praised the specialness that is Elle: Esquire declared her “an artist to watch,” Glamour raved “Elle’s brand of groove is dirty, bluesy, and soulful…she croons like an old soul,” Entertainment Weekly described her sound in their “Must List” as “dangerously catchy” and   Perez Hilton also praised “We were blown away by her voice!…The singer packs a real emotional punch and brings a rawness to her songs. SHE is what makes them special!” Teen Vogue describes Elle as “Blond and boisterous, music’s newest hot chick…  (Her EP is) An authentic and deeply personal arsenal of songs about heartache, disillusionment, and kicking and some serious butt that walk an emotional line with a been-there-done-that swagger….Such awareness makes this tough girl a role model.”In addition, Elle has been embraced by both MTV and VH1 for their artist spotlights: MTV http://www.mtv.com/artists/elle-king/ and VH1 http://www.vh1.com/music/tuner/2012-06-07/artist-of-the-day-elle-king/.