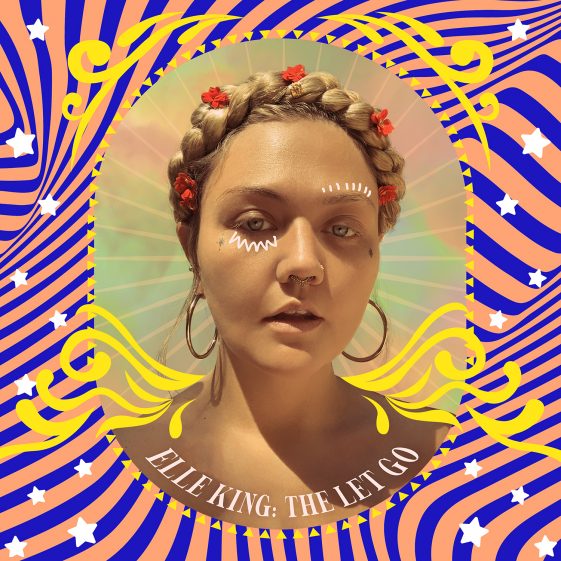 What The Press Is Saying About In Isolation

“….’Elle King: In Isolation’ finds the wrenching emotive singer still haughty and bawdy…As far as recording at home and straight, King’s new music is deeper, rawer, yet even more empowered than in her past.” – Variety

“…a powerful trio of quarantine cuts. The songs are fierce (‘The Let Go’), fearless (‘The Only One’), and funny (‘Over Easy’), centering King’s raspy, athletic vocals over simple guitar and piano arrangements.” – American Songwriter

“Delivering a raw, unabridged version of herself …Spiritual, forthright and gritty, Elle King is the uncut version of a pop-star. A belter, expert writer, and multi-instrumentalist, King’s soul has wrangled itself free through her musical body and mind. She’s an electric performer, showing every melody on her face and tracing the lines with her fingers.” — Ladygunn

“The Let Go” is currently Top 5 at AAA Radio and is featured on her latest ep ELLE KING: IN ISOLATION, a collection of raw demos/songs she’s recorded acoustically while quarantining at home in LA. Stay tuned for more new music coming soon.

Click HERE to watch the “at home” performance video filmed in her living room for “The Let Go.”

Multi-platinum and award-winning recording artist Elle King has enjoyed over 1.2 billion streams worldwide.  Her latest EP Elle King: In Isolation  features her current single “The Let Go” which is now Top 5 at AAA Radio. The EP was released this past summer and is a collection of raw demos/songs she’s recorded acoustically while quarantining at home in LA. In addition, her collaboration on the hit single “Fooled Around and Fell in Love” with Miranda Lambert, Maren Morris, Ashley McBryde, Tenille Townes and Caylee Hammack won the 2020 ACM Award for “Music Event of The Year.”

King’s debut album Love Stuff, introduced the world to her signature sound, a badass mix of rock and roll, blues, and country, with a twinge of pop. Her breakthrough single “Ex’s & Oh’s” earned her two GRAMMY nominations and was certified double platinum. It hit No. 1 on Billboard’s Hot Rock Songs Chart, and topped the AAA, Hot AC, and Alternative Radio charts, leading King to become the second female artist in 18 years to reach No. 1 at the latter format. That same year she collaborated with Dierks Bentley on “Different for Girls,” their #1 Country Airplay chart topper and ACM Award -winning single for “Musical Event of the Year.”

Her sophomore album Shake The Spirit features lead single “Shame,” her fourth radio #1 single and led Elle to become the only act in history to have scored number 1 singles on the Adult Pop Songs, Adult Alternative Songs, Alternative Songs and Country Airplay charts.

Watch the Official Video for “The Let Go”: https://smarturl.it/EKTheLetGo