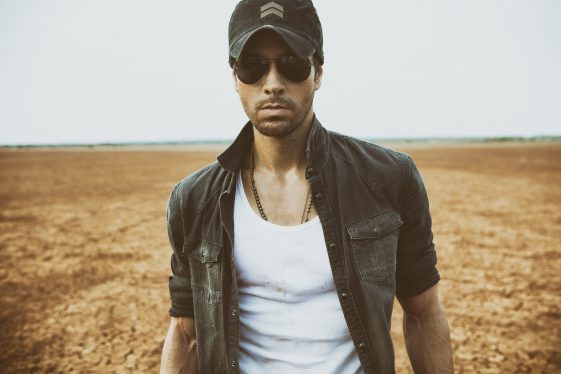 (New York, New York) – This past Sunday, global superstar Enrique Iglesias wins the American Music Award for Favorite Latin Artist – the eighth in his career and the most by any artist in this category.  The award comes on the heels of a whirlwind year for Enrique.  His latest single, “DUELE EL CORAZON” has shattered records across the globe.  The track (click here to listen) spent 14 weeks at #1 on the Hot Latin Songs chart, held the #1 spot on the Latin Pop Songs chart for 10 weeks and has over 1 billion cumulative streams and over 2 million tracks sold worldwide.  The track also marks Enrique’s 14th #1 on the Dance Club Play chart, the most by any male artist. He also holds the record for the most #1 debuts on Billboard’s Latin Airplay chart.

For the past two years, Enrique has been touring the world on his SEX AND LOVE Tour which will culminate in Prague, Czech Republic on December 18th.

Enrique Iglesias has sold more than 130 million albums worldwide, released ten studio albums plus two greatest hits compilations, and is a multiplatinum artist in almost every country around the world. He has headlined ten world tours to over 10 million fans throughout his career having performed in literally every corner of the world from New York to Sydney to Cape Town to Minsk to London to Belgrade to Santiago to Mexico among many more

Undeniably the biggest Latin recording artist in music history, Enrique has 27 #1 singles on the Billboard Latin Songs Chart – the most by any artist since the chart’s creation; as well as having multiple #1’s across all the Billboard charts with a combined total of 105. His most recent track, “Duele El Corazon” got him his 14th #1 Billboard Dance track making him the king of the chart beating out Michael Jackson for the most #1’s in Billboard history. He continues to be one of the most successful artists in modern music holding the record for most weeks at #1 on Billboard’s Hot Latin Songs chart with his hit “Bailando” at 42 weeks, and the music video has gained over 1.9 BILLION views on YouTube.

Enrique has been celebrated with just about every award an artist can receive including multiple Grammys, Billboard Awards, World Music Awards, American Music Awards, Premios Juventud, ASCAP and BMI honors and many more totaling over 200.