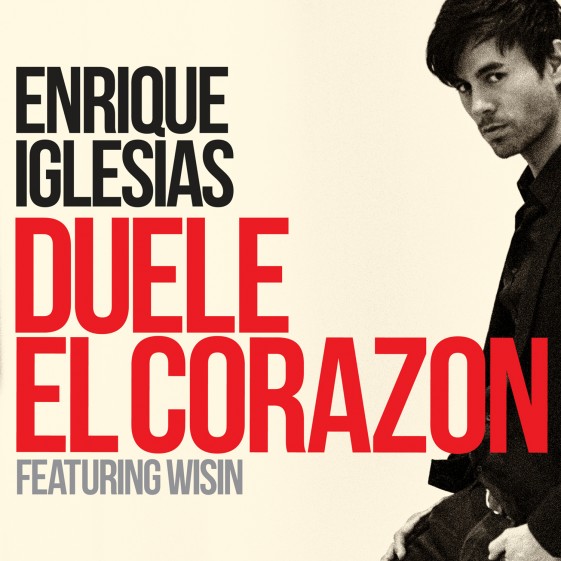 (New York, New York) – Global superstar Enrique Iglesias is set to release his new single, “DUELE EL CORAZON” featuring Wisin on April 18th.  The Spanish language track, which was produced by Carlos Paucar, comes on the heels of his 2 consecutive #1’s on Billboard’s Latin Digital Songs Chart with the record breaking “Bailando” in 2014 and “El Perdón” in 2015.

Enrique will continue his 130+ date SEX AND LOVE World Tour on Sunday, May 8th in Zagreb, Croatia.  The tour to date has sold over 1.3 million tickets. Please see dates below with more to be announced soon.

Enrique Iglesias has sold more than 100 million albums (albums and singles combined) worldwide, released ten studio albums plus two greatest hits compilations, and is a multiplatinum artist in almost every country around the world. Enrique has headlined ten world tours throughout his career having performed in literally every corner of the world including New York, Mexico, Madrid, London, Sydney, as well as going to cities such as Cairo, Latvia, Minsk, Morocco, Istanbul and Cape Town. Undeniably the biggest Latin recording artist in music history, Enrique has 26 #1 singles on the Billboard Latin Songs Chart as well as having multiple #1’s across the Billboard charts with a combined total of 74 #1 charted positions. Enrique’s 11th #1 Dance Club Song, “Tonight (I’m Loving You),” made him the king of the chart beating out Michael Jackson for the most #1’s in Billboard history. Since 2011, Enrique sold out arenas in 109 major cities around the world spanning across five continents selling over 2 million tickets and landed the “Euphoria Tour” the #1 tour, twice, on Billboard’s Hot Tours list.

Enrique has been celebrated with just about every award an artist can receive including multiple Grammys, Billboard Awards, World Music Awards, American Music Awards, Premios Juventud, ASCAP honors and many more totaling in 197 awards. Enrique Iglesias continues to be one of the most successful artists in modern music holding the record for most weeks at #1 on Billboard’s Hot Latin Songs chart with his hit “Bailando” at 42 weeks, and the music video has gained over 1.3 BILLION views on YouTube.  For the past two years, Enrique has been touring the world on his SEX AND LOVE Tour and most recently teamed up with Nicky Jam for the Latin Grammy Award winning track “El Perdón,” which hit #1 in over 40 countries around the world, achieving over 4 million sales and 300 million streams worldwide.