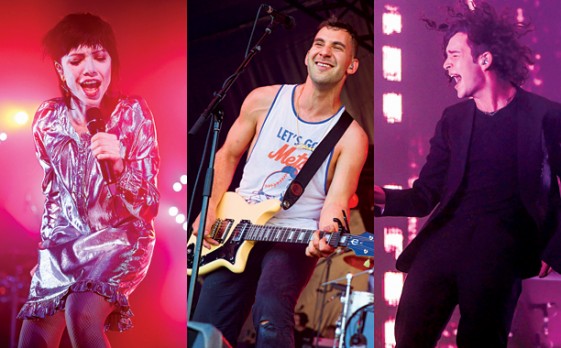 Jack Antonoff of Bleachers, Steel Train, and fun. fame launched the Shadow of the City music festival in his home state of New Jersey in 2015, and now he’s bringing it back for a second year with The 1975and Carly Rae Jepsen as headliners, EW can exclusively announce.

Antonoff started the festival as a way to give New Jersey — a state bands usually skip over in favor of its more glamorous neighbor, New York — a chance to have a great, music-fueled time of their own. The inaugural festival featured Bleachers as a headliner, and included sets from bands like Cults and How to Dress Well.

“I always wanted to have a festival in New Jersey, so last year was amazing,” Antonoff tells EW. “The whole thing is exactly what I hoped it would be, which is just like, if I was 15 and could throw a party and invite 10,000 people, that’s what it would look like.”

Although Bleachers won’t make a return to the stage at the fest’s new location in Seaside Heights, another Antonoff project will: Steel Train is reuniting for the first time since playing a handful of shows in 2013.

“I was just thinking about it, and I was like, okay, I want this [festival] to exist beyond me, but I need to be part of this thing,” Antonoff says. “I see Shadow of the City as, once a year, I can do something very bizarre, whether it’s get Steel Train back together, or talk to my friends about coming and doing a show with me. I want it to exist as a place where people can expect that I’m going to do something totally out-there.”

Read on for more from EW’s chat with Antonoff, and see the full lineup — which also includes acts like BØRNS and Frnkiero Andthe Cellabration — below. Tickets for the June 18 festival are now on sale here. 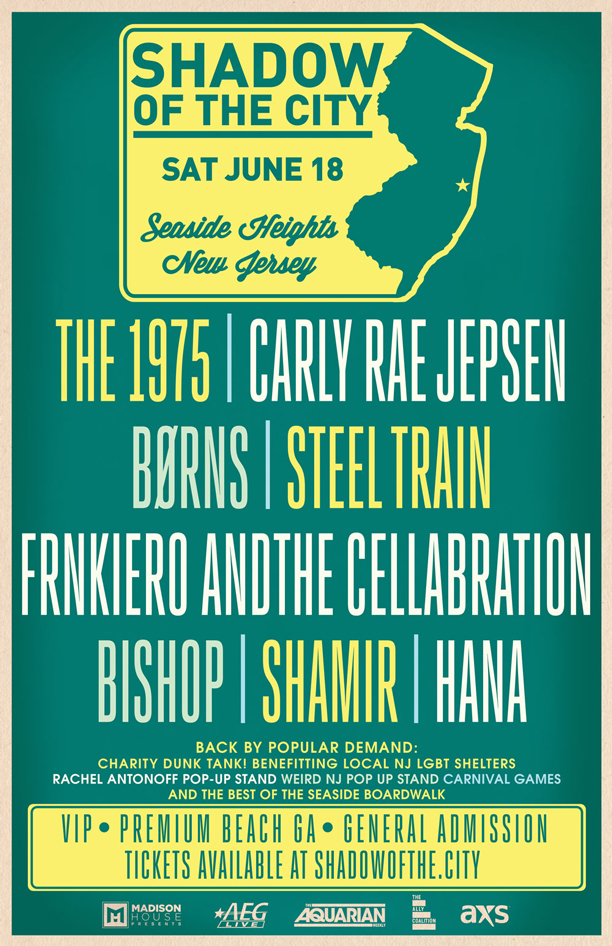