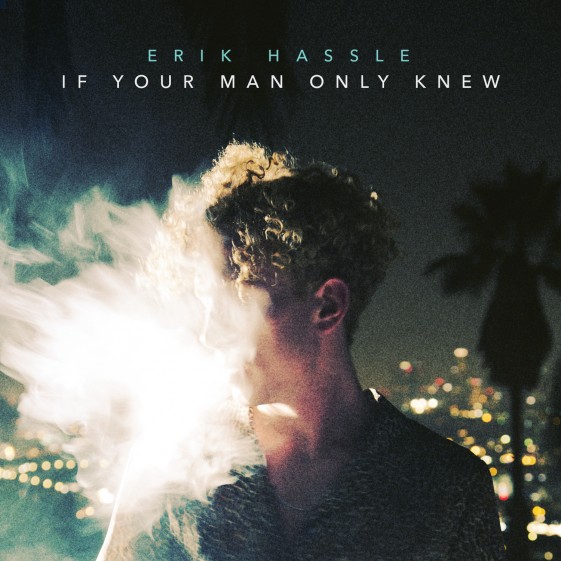 (New York – April 8, 2016) Swedish soul-pop recording artist Erik Hassle today releases a brand new track “If Your Man Only Knew” (Record Company TEN/RCA Records). Click here to listen now. The track premiered on SPIN  who wrote of Hassle’s new song: “the 27-year-old possesses the instantly eye-welling vocals of a weary, blurry, well-trod traveler …Hassle also knows his way around a solo hook too, and his new song “If Your Man Only Knew” is gorgeous proof. At ends both melancholic and resentful, the tune’s a big, bold, front-and-center vocal showcase for the singer. “

”If Your Many Only New” serves as a tribute to Aaliyah’s “If Your Girl Only Knew,” and was written by Erik Hassle,Daniel Ledinsky and Alexander Shuckburgh aka Al Shux.

”If Your Man Only Knew” follows the release of Erik’s critically acclaimed and streaming hit ”No Words,” and its remix EP. Upon its release, “No Words” received rave reviews. Entertainment Weekly described the song as a “a pulsating, roller-boogie jam custom built for a strobe-lit couples skate and New York Magazine declared it “irresistible.” The track shot to Top 10 on the Global and U.S. Spotify Viral Chart, and was certified gold in Sweden and Denmark where it peaked at #1 on the singles chart. The single was also on a list of Taylor Swift’s favorite summer tunes.

Erik Hassle toured across North America with fellow Swedish songwriter and performer Tove Lo in San Diego in fall of 2015, just wrapped a Scandanavian tour,  and is working on his forthcoming album for TEN/RCA Records.

Read the feature on Spin: http://smarturl.it/HearIYMOK

Get it on Amazon Music: http://smarturl.it/IYMOKamz

Get it on Google Play: http://smarturl.it/IYMOKgp