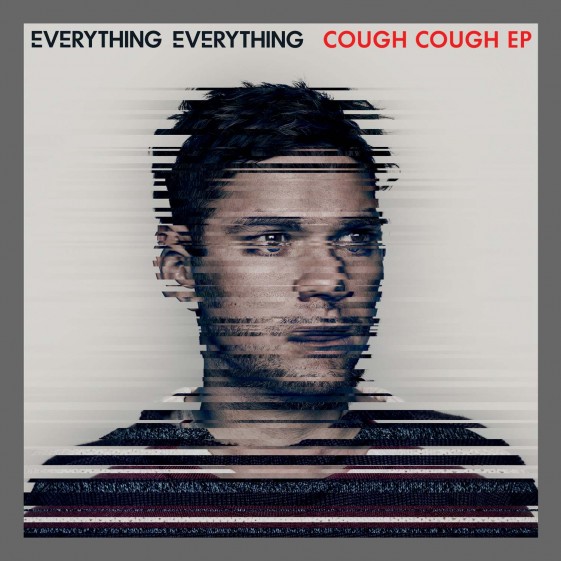 Everything Everything Releases ‘Cough Cough EP’ In Us

UK natives Everything Everything just dropped their new Cough Cough EP in the US. Pick up your copy here today.

Said Julian Casablancas, “I’m honored to be associated with such a talented, mind bending, modern band.”

The EP will feature four songs – “Cough Cough”, “Kemosabe”, “Undrowned” and “Torso of the Week” – from their “perfectly concise, moving and visceral” (Pitchfork) new album, Arc, which will be released in the United States later this year; “MY KZ UR BF” from their debut album, Man Alive; and a remix of “Cough Cough.” Arc was recently released in the United Kingdom and debuted at Number 5 on the album chart.

“’Cough Cough’ is about the power of money and the desire to get away from it. It’s also about waking up and seeing the world as an unfair place and then slipping back under the spell of greed,” said Higgs. “It’s about having no money, and wanting more money, and wanting nothing to do with money at all.”

The title track “Cough Cough” is an instantly addictive and anthemic song showcasing many of the musical elements the band is known for, from the pounding drums to group vocals and Higgs’ signature falsetto. “Cough Cough” recently gained the coveted ‘Single of the Week’ status on Zane Lowe’s Radio 1 show, with comments praising the striking video which accompanies it – devised, directed and expertly edited by lead singer Jonathan Higgs. To date the video has over one millions plays on YouTube.