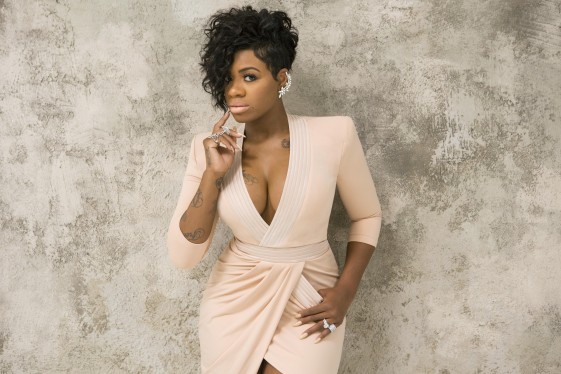 [New York, NY – April 6, 2016] Grammy Award and third season American Idol winner FANTASIA returns to the American Idol stage for their last bow on the series finale on April 7.  The High Point, NC native will make her national debut performance of “Ugly,” a song from her forthcoming album The Definition Of… Written by Audra Mae and Nicolle Galyon, and produced by Ron Fair, “Ugly” will be available for purchase at all digital music providers at midnight on April 7th.  Click here to listen to “Ugly.”
The Definition Of… is the follow up to Fantasia’s 2013 LP, Side Effects Of You, which debuted at #1 on the Billboard R&B Albums Chart and #2 on the Billboard Top 200, marking her second consecutive positions on these charts. Slated for release this summer on 19 Recordings/RCA Records, The Definition Of… will feature Fantasia’s current Top 10 single “No Time For It.”

Beginning April 21 at Shea’s Buffalo Theatre in Buffalo, NY, Fantasia will hit the road with fellow Grammy Award winner and RCA Records label mate Anthony Hamilton on their co-headlining tour. Fans can expect to hear all of their hits plus new music from Fantasia’s forthcoming album and Anthony’s recently released What I’m Feelin’.

In 2004, the High Point, North Carolina native became the season three winner of Fox’s American Idol.  Later that year, Fantasia released her platinum-selling debut album Free Yourself and became the first artist in the history of the Billboard Hot 100 chart to debut at #1 with her first single, “I Believe.” Fantasia’s second single, “Truth Is,” spent 14 weeks at #1, making her the first singer to simultaneously have two of the top three songs on the Billboard chart.  Fantasia’s 2006 eponymous second album featured the #1 R&B single, “When I See U,” and reached gold status.  In 2010, Fantasia released the critically acclaimed Back To Me, which featured the hit single “Bittersweet” that earned her first ever Grammy Award for Best Female R&B Vocal Performance and a NAACP Image Award for Outstanding Song. Back To Me debuted at #1 on the Billboard R&B Albums chart, #2 on Billboard’s Top 200 Albums chart, and not only marked Fantasia’s first #1 R&B album but also her highest Billboard Top 200 chart ranking.  In 2013, Fantasia released her fourth studio album, Side Effects of You which debuted at #1 on the Billboard R&B Albums Chart and #2 on the Billboard Top 200, marking her second consecutive positions on these charts.

Listen/Buy/Stream Fantasia’s “No Time For It”