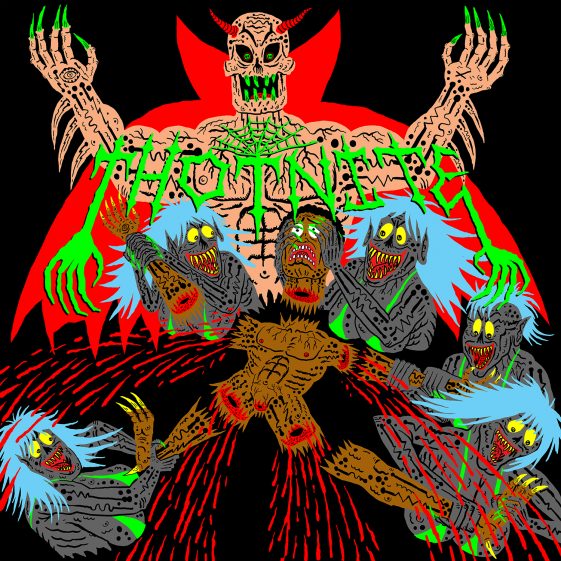 In February, Father uploaded a 15-second snippet of “Thotnite” to Twitter. The abrasive, self-produced stripper anthem was accompanied by a video in which a man falls 3 stories into a split twerk. Fans have been anxiously anticipating this thot-infused allusion to their favorite video game.

“Thotnite” is written by Father and produced by Eugene Cam. The song echoes Father’s beloved mantras of drug use and debauchery over boisterous instrumentation, all the while celebrating female empowerment and sexual freedom.

The track follows the releases of “We Had A Deal” and “Lotto” ft. ABRA  and their accompanying videos which marked Father’s first releases since announcing his newly formed creative partnership with RCA Records earlier this summer.

Both tracks were met with great critical praise upon release. Pitchfork exclaims, “… [with] rattling sub-bass, plenty of open space, and sticky choruses…Father’s charisma [is evident]…he finds nuance and humor where other rappers see black and white” on “We Had a Deal.” FADER proclaims, “The songs reassert the Atlanta-based rapper as an influential figure in today’s SoundCloud rap scene with flows and acidic humor for days.,” while NY Magazine’s Vulture, HighSnobiety and XXL all included the “We Had a Deal” in their “Best Tracks of the Week” roundups.

The artwork for “Thotnite” is designed and illustrated by Emmy Award winning artist, JJ Villard who is known for his work on Adult Swim’s show King Star King.

Watch “We Had A Deal”: http://smarturl.it/WHAD/youtube

Buy/Stream “We Had A Deal”: