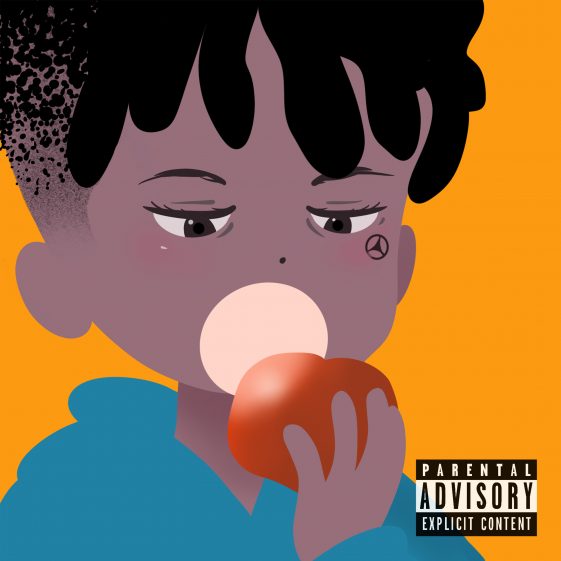 ANNOUNCES US HEADLINING TOUR THIS FALL

“A Lot On Ur Plate” Artwork by Father

[August 14, 2019 – New York, NY] Atlanta rapper/producer/artist Father returns today with the release of his new track and accompanying video for “A lot on ur plate” via Awful Records/RCA Records. Click HERE to watch.

The track, which is produced by frequent collaborator meltycannon features a more melodic sound from Father as he experiments with Auto-tune. The artwork for the track is designed by Father himself.

Father also announces today a US headlining tour this fall, which will kick off in Los Angeles on September 26th and hit major cities including San Francisco, his hometown of Atlanta, and Chicago before wrapping on October 15th in New York. Tickets will be available to purchase starting today at 10am local time. For more information, please visit: fatheraintshit.com/tour.

“A lot on ur plate” is the follow up to Father’s Awful Swim project which was released in collaboration with Adult Swim last year and featured standout tracks, “We Had a Deal,” “Lotto” ft. ABRA and “Thotnite.”

Listen/watch “A lot on ur plate,” catch Father on tour and keep an eye out for more from the Awful Records leader coming soon.

Watch/Listen: “A lot on ur plate”:

From the start, Father’s music was filled with a mischievous charm that poked fun at the world as much as he pointed the finger back at himself – in his breakthrough single ‘Look at Wrist’ he famously rapped, “never had to flip a brick, but I get the gist.” This charm built through his first string of albums – Young Hot Ebony (2014), Who’s Gonna Get Fucked First (2015), and I’m a Piece of Shit (2016) – which Father endearingly referred to as, “a trilogy of fuckery.” Dripping with swag, bouncy, lofi beats, and his signature monotonous flow, these three projects cemented Father as the prodigal son of the independent hip hop kingdom.

Father soon relocated to Los Angeles from Atlanta, where he found a new sense of balance and quick success with his 2016 hit single “Heartthrob.” After forging a partnership with RCA and Adult Swim, Father delivered his most widely acclaimed album yet, Awful Swim (2018). Although still rampant with his devious inner-child, this album showed off Father’s maturity as an artist when it came to working with more complex production and refining his storytelling savvy.

Not far from the spontaneous nature of Awful Swim, the upcoming “A lot on ur plate” captures Father at his strongest and most comfortable. Keep an eye out for more from the DIY Atlanta artist coming soon.