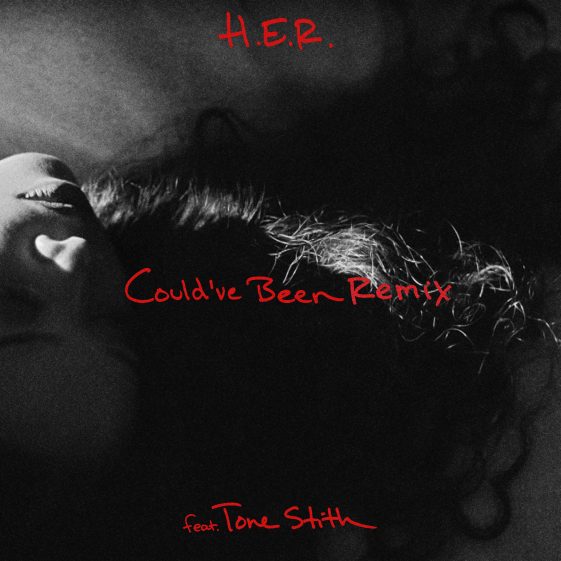 The duo performed the alluring remix live during H.E.R.’s recent sold-out North America “I Used To Know HER Tour,” where Tone Stith served as the opening act. Throughout the tour, H.E.R. continued to garner praise for her live performances that not only highlight her mesmerizing honeyed vocals and self-penned lyrics, but also showcased her skills as a multi-talented musician playing keyboards, drum pad, acoustic and bass guitars. Each night, Stith delivered electrifying, powerful vocal performances and “created a frenzied room of admirers and new believers, ” declared Billboard.

In early 2018, Grammys.com declared, “The musical sensation is changing how we hear – and feel – music with her talent, vision and mystique,” and H.E.R. has proven them right by earning five 2019 Grammy Awards nominations – Album of the Year (H.E.R.), Best New Artist, Best R&B Album (H.E.R.), Best R&B Song (“Focus”) and Best R&B Performance (“Best Part” featuring Daniel Caesar). With nearly 2 billion combined streams to date, the release of the breakthrough H.E.R. and the recent releases of I Used To Know Her: The Prelude and Part 2, singer/songwriter/multi-instrumentalist H.E.R. has firmly established herself as one of modern music’s most fascinating new voices.

H.E.R. Vol. 1 peaked at #1 on the iTunes R&B/Soul Albums chart upon its release and H.E.R. Vol. 2 saw the same trajectory, resulting in two EPs within the Top 5 at the same time.  Her latest release, I Used To Know Her: The Prelude, debuted at #1 on the Billboard Top R&B Albums chart, while fan favorites “Focus,” and “Best Part” earned the #1 slot on the Billboard Adult R&B Songs Airplay chart and Urban Adult Contemporary chart, respectively. H.E.R. won two 2018 Soul Train Music Awards for Album/Mixtape of the Year for H.E.R. and Best Collaboration Performance “Best Part” feat. Daniel Caesar.

After captivating audiences with performances on The Tonight Show starring Jimmy Fallon, Jimmy Kimmel Live, 2018 BET Awards – plus commanding the stage on her own sold out headlining domestic and international tours – the future is bright for this young star. In fact Elle magazine proclaims, “H.E.R. is more than a rising star – she’s a damn galaxy.”

At just 23-years-old, New Jersey born Tone Stith has rightfully earned his multi threat-status as a singer/songwriter/producer/musician. Growing up in a household with musical parents and citing early influences such as James Taylor, Marvin Gaye, Michael Jackson, Prince, the Beatles, and the Bee Gees, he was first introduced to the drums at age 3 by his father. Since then, he has gone on to play piano, guitar and bass. As a songwriter, Stith has penned numerous hits for Chris Brown including “Liquor” and “Make Love” and his most recent single “Undecided.”

However, it is Stith’s solo music that allows him to shine the brightest, with his own production and incomparable falsetto. His 2017 debut project Can We Talk garnered attention and rave reviews from the likes of Complex, Billboard, HipHopDX and more and eventually led to his signing with BPG/RCA Records. Since then he has toured with August Alsina and just wrapped as the opening act on H.E.R.’s “I Used To Know Her” tour. With his versatility, passion and latest release of his Good Company EP that boasts features from Ty Dolla $ign, Quavo and Swae Lee, Stith is one to watch in 2019.