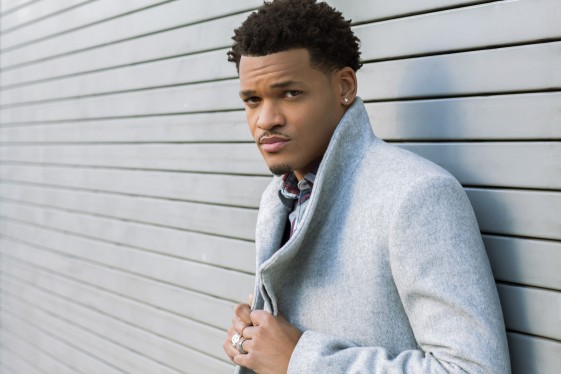 Dallas TX – June 24, 2015 – Fo Yo Soul Recordings/RCA, a joint venture between gospel music icon Kirk Franklin and RCA Records, is proud to announce the signing of celebrated writer, singer, rapper, and producer Christon Gray. The Columbus, Ohio-based artist moves between both singing and rapping while also playing keys and writing most of his own music.

As a member of WLAK (We Live As Kings), Christon topped the Billboard Gospel charts with their self-titled debut in 2013.  “King In Me,” a single from that album, was used as the theme song for American Idol’s Superbowl commercials in 2014. His last solo album, School Of Roses, debuted in the top 5 on Billboard’s R&B albums chart upon its release in March 2014.

“Christon is one of the most exciting, young voices in urban music today,” says Kirk Franklin. “We are thrilled to be able to partner with him to cultivate his influence in the flourishing Christian Hip Hop market and to expand his platform into the mainstream.”

Christon is already hard at work on his debut Fo Yo Soul Recordings album, which is slated for release this Fall.

One of the most celebrated names in Christian Hip Hop and R&B, Christon Gray is a Columbus, OH-based writer, singer, rapper, and producer. In addition to performing on BET’s Music Matters Showcase, and on the mainstage at Alive Fest, he has been featured in Jet, Essence, and Billboard. His last solo album, School Of Roses, debuted in the top 5 on Billboard’s R&B albums chart upon its release in March 2014.