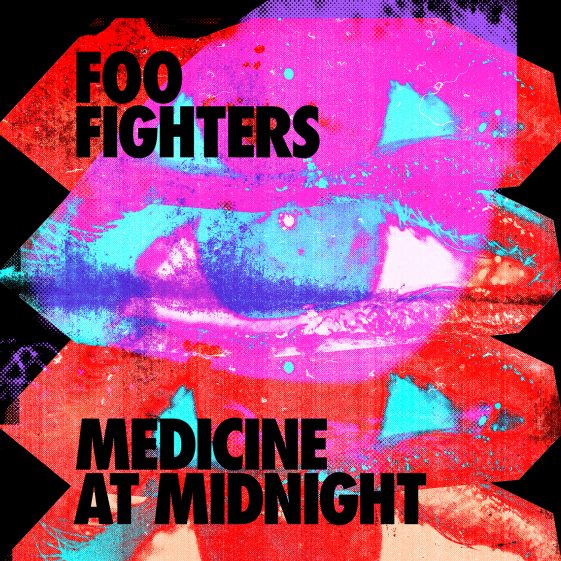 The rock doctors will see you now: Foo Fighters have finally unleashed all nine doses of their much heralded new album, Medicine at Midnight  (Roswell Records/RCA Records).

Medicine at Midnight’s release ends the wait that was first kicked into high gear last year with the Mainstream Rock/Rock Airplay #1 “Shame Shame” and bludgeoning “final f*ck you to 2020” (UPROXX) “No Son of Mine,” and more recently the epic ballad to cathartic scream of  “Waiting on a War.” While anticipation has built exponentially with each new track, early critical notices been amongst the most enthusiastic of the band’s 26 years in the game, including:

“(FOUR STARS) Brighter and more optimistic than anything they’ve ever done… Even the harder-rocking songs overflow with ear candy.”—ROLLING STONE

“One of Foo Fighters’ best albums of this century.”—WALL STREET JOURNAL

“Dave Grohl and company have another winner on their hands.”—MERCURY NEWS

Medicine at Midnight can now be purchased, streamed or download in its entirety at http://foofighters.co/MAM.

Medicine at Midnight’s release wraps up Foo Fighters’ week-long partnership with Spotify, which featured surprise ‘Midnight Drops’ of of exclusive video, audio, and playlist content— an occasion marked by the band’s larger than life appearance on Spotify’s Times Square billboard.

To celebrate the release of their new album, the Foo Fighters will host a special six-part radio series: Medicine at Midnight Radio on Apple Music Hits. Each band member will host an hour-long episode where they’ll explore their personal inspirations and reflect on the creative process behind the album. Fans can tune in every day next week, beginning Monday, February 8th at 4:00p PST on Apple Music Hits at apple.co/FFRadio and simultaneously on the band’s new limited-run SiriusXM channel, Foo Fighters Radio (channel 105). Dave also joined Zane Lowe on his daily Apple Music 1 show earlier this week to chat about the album. Listen to their conversation HERE.

Medicine at Midnight is produced by Greg Kurstin and Foo Fighters, engineered by Darrell Thorp and mixed by Mark “Spike” Stent.