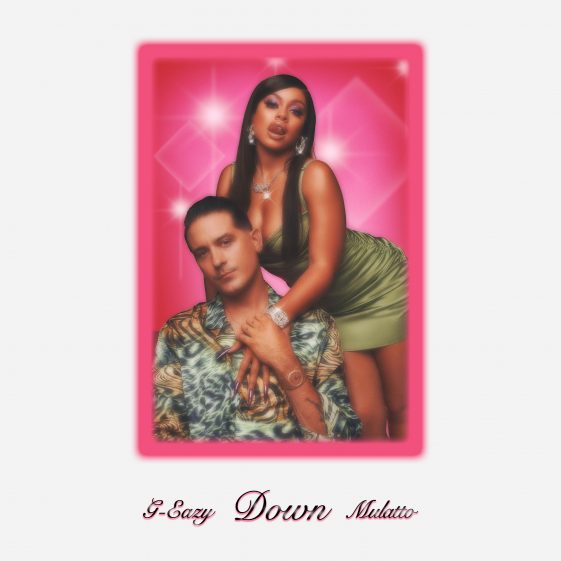 G-Eazy And Mulatto Team Up On New Song “Down”

G-EAZY AND MULATTO TEAM UP ON NEW SONG “DOWN”

The instant hit finds G returning to his hip-hop roots with a new bop as he continues to shine a spotlight to rising female rappers and artists ahead of their undeniable explosion in the music world. Mulatto who is fresh off of her XXL freshman cover, Queen of Da Souf album and her “WAP” music video cameo, delivers her bossy verse on the record.

The release is accompanied by the must-watch cinematic music video where G takes a page out of Deuce Bigalow’s book playing off the hit film’s famed character, with a special assist from the movies’ star himself, Rob Schneider.

The cheeky video plays off the song’s audacious lyrics and showcases a different side of G and his always top-notch visuals – watch here. The Reel Goats directed video includes cameos from Jordyn Woods, Flo Milli, and Saucy Santana.

The video premiered following a YouTube Red Carpet sponsored countdown, which featured a live entertainment contest with a $25k cash prize going to the top 3 competitors. Fans are still able to cast their votes in the comment section of the official YouTube music video.

Additionally, G and Mulatto will take their fan created moniker “G-LATTO” to the streets over the 4 day Labor Day weekend. “G-LATTO” themed gelato trucks will be giving away free gelato in Atlanta, Miami, Los Angeles and San Francisco/Oakland.

“Down” is a return to G’s signature hip-hop sound and also signals a shift in tone of what’s to come from the rapper, as he continues to tease his much anticipated fifth studio album, These Things Happen Too. The track follows the release of the alternative side project, Everything’s Strange Here, in June, which showcased G’s cross-genre capabilities and multi-faceted artistry.