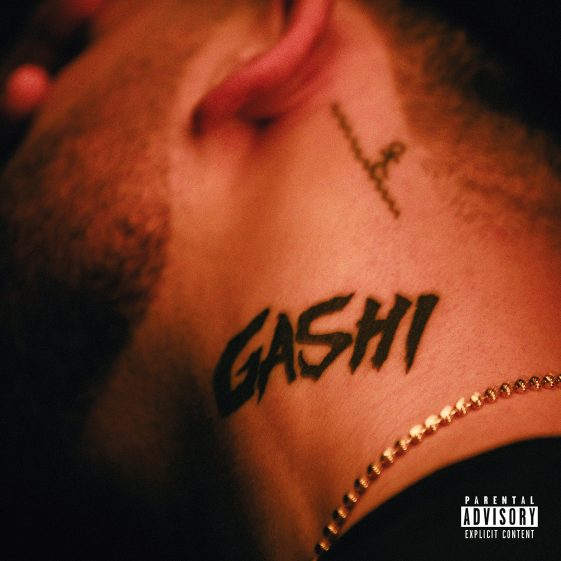 Additionally, GASHI has been selected for YouTube’s Trending Artist On The Rise feature for today, January 24th. This U.S. feature highlights GASHI on www.youtube.com/trending for 24 hours.

“My Year” follows GASHI’s massive success of his latest single, “Creep On Me” ft. French Montana and DJ Snake which is currently climbing the Billboard Rhythmic and radio charts sitting at #34. The track has been streamed nearly 80 million times worldwide and was featured on Spotify’s Today’s Top Hits playlist as well as met with great critical praise from the likes of Billboard, Complex, Highsnobiety, and more.  Click HERE to watch the official video.

A master tunesmith who first broke into the industry as a songwriter, GASHI built a massive following with his impeccable sense of melody and lyrical abilities. Born in Libya but with both parents from Kosovo, GASHI spent much of his young life as a refugee, moving from country to country. His family eventually settled in Brooklyn, where GASHI spent a majority of his teen years. Though his roots are in hip-hop, GASHI has expanded his sonic palette and created a unique sound that sits in between pop, hip-hop, rap, and dance music, breaking out in 2017 with the hit “Disrespectful,” which has over 50 million streams on Spotify alone. With “Creep On Me” and GASHI’s upcoming project, the young multi-hyphenate will continue his march to mainstream success.

Multi-platinum recording artist and producer G-Eazy is hip-hop’s strapping rockstar. Continuing his meteoric rise after the release of his RIAA certified platinum sophomore album When It’s Dark Out (RVG/BPG/RCA Records) which featured 7 times platinum single “Me, Myself, and I” with Bebe Rexha, the multi-platinum recording artist and producer released his platinum selling The Beautiful & Damned, which debuted at #3 on Billboard’s Top 200 chart. After 2 years of selling out shows worldwide and maintaining one of hip-hop’s most consistent release schedules with singles alongside Britney Spears, Snoop Dogg, Dillon Francis, Kehlani, Charlie Puth and more, he released his highly anticipated, deeply personal 20 track double LP. The album’s lead track, “No Limit” featuring A$AP Rocky and Cardi B landed at #1 at both Urban and Rhythm radio, is RIAA Certified 3x Platinum and the second single from the project “Him & I” featuring Halsey is RIAA Certified 2x Platinum and peaked at #1 at on Billboard’s Mainstream Top 40 chart. Paired with a short film, the project paints a dire picture of Gerald versus G-Eazy. In 2017 G-Eazy was named “Favorite Hip-Hop Artist” at the 2017 People’s Choice Awards, performed live on television on The Voice, named one of Forbes 30 Under 30 and further expanded his entrepreneurial prowess, announcing his partnership and Co‑Creative Director role of Stillhouse Spirits Co., marking the rapper’s first spirits venture. G-Eazy was recently announced as a KAOS resident, the new dayclub and nightclub opening at PALMS Casino Resort in Las Vegas this Spring.