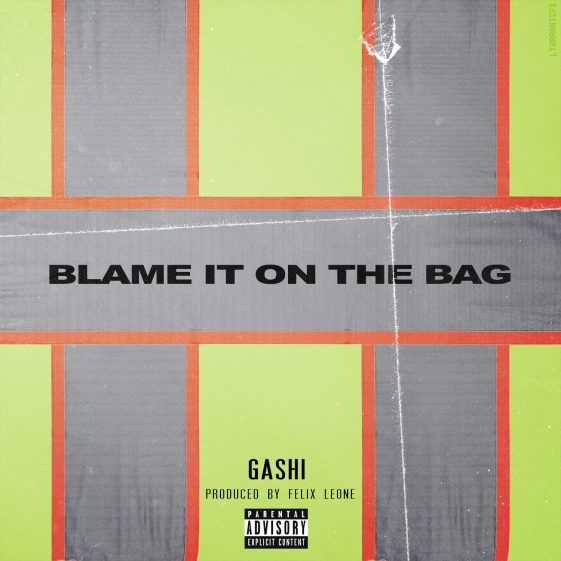 [May 11, 2018 – New York, NY] Burgeoning Brooklyn-bred artist GASHI today releases his new track, “Blame It On The Bag” and its accompanying lyric video. The track is now available to stream and purchase on all digital service providers via Honesty Saves Time/RCA Records. Click here to listen.

Written by GASHI and produced by Felix Leone (Travis Scott, Quavo), “Blame It On The Bag” shares the personal story of GASHI as his life changed from taking out the garbage at his family’s Brooklyn apartment building to finding success with his breakout hit “Disrespectful” and ultimately signing a management deal with RocNation. “Disrespectful” now has over 55 million streams worldwide.

GASHI on what the track means to him: “When my family and I moved to America we were blessed enough to be the superintendents of a building in Brooklyn. When I would do the garbage for the building, kids would take pictures of me holding the garbage bags and post them on social media to try and expose me. So, this song is basically me saying to them ‘blame it on the bag’ for motivating me to go and get a money bag.”

“Blame It On The Bag”  follows the release of GASHI’s “Used To Be”  and “No No No,” which was featured on the Spotify “New Music Friday” billboard in Times Square upon release. The track has been streamed over 6 million times worldwide and has appeared on Spotify’s Hot Rhythmic and Most Necessary playlists.

GASHI has previously released other standout tracks including, “Turn Me Down,” “24 Hours” and his breakout hit “Disrespectful,” which have collectively garnered over 65 million streams worldwide.

Buy/Stream “Blame It On The Bag”: