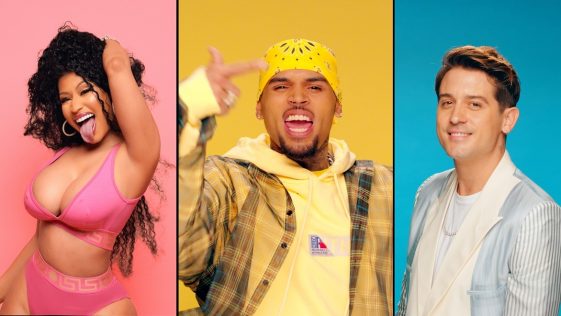 [New York, NY – May 20, 2019] Today, Grammy Award-winning and multiplatinum-selling R&B icon, Chris Brown, has released the vibrant and high-energy visual for the catchy bounce single, “Wobble Up,” featuring Nicki Minaj and G-Eazy. Directed by Brown and Arrad, the colorful and lively visual switches between shots of the three hitmakers in paradise, and Brown performing some impressive choreography alongside a crowd of dancers in a neon-lit room. Released via Chris Brown Entertainment/RCA Records, you can listen to “Wobble Up” on all platforms here.

“Wobble Up” marks the third single and visual off Brown’s highly anticipated 9th studio album, INDIGO. Earlier this year, Brown released the tracks and accompanying visuals for “Undecided” and “Back to Love.” As fans await Brown’s latest album, they can catch the singer perform at the inaugural Tycoon Music Festival (June 8) in Atlanta.

Keep Up With Chris Brown: