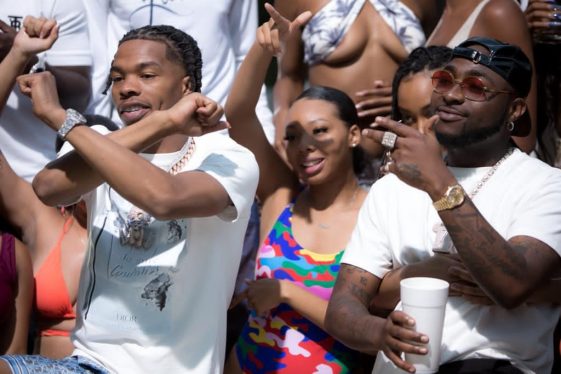 Produced by Nick Papz and Xander, “So Crazy” sees Davido adopting a staccato flow which combines perfectly with his fellow Atlanta-born artist Lil Baby. The stunning visuals were directed by David Wept and shot in Los Angeles.

“I’ve known Lil Baby for quite a while, and I think it’s important that I point this out: when you are collaborating on a record, you need to make sure that the relationship is good outside of music. I feel like that is when you make the best music.” Davido states.

“So Crazy” follows the highly successful “FEM,” his first solo release of 2020 and the first single taken from A BETTER TIME. Listen to “FEM” HERE. The Napji produced smash hit record shot straight to the No.1 spot in the Apple Music charts in over 8 countries including Nigeria, where it held the top position for 4 weeks. “FEM” has since enjoyed over 40 million streams globally, viewed over 11m times on YouTube and reached #19 on US iTunes chart.

With an unmatched work rate, Davido has delivered back to back hits since his musical debut in 2011. Breaking out with successive singles “Back When,” “Dami Duro,”  “Gobe,” “Aye” and “Skelewu,” the latter would enjoy attention from Major Lazer and Wiwek who went on to remix the single. His musical elevation would see further global collaborations with Chris Brown, Pop Smoke, Summer Walker, Young Thug, Mayorkun and more. With a discography attesting to over a billion global streams and 400 million video views, the Afrobeats forerunner has very much established himself as a force to be reckoned with.