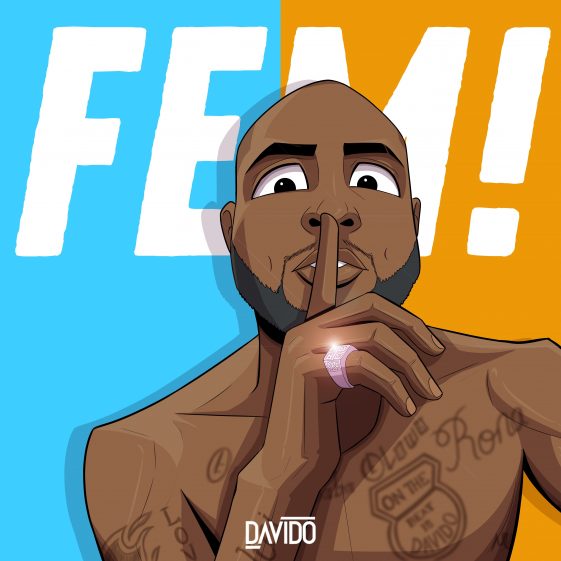 SET FOR RELEASE IN OCTOBER

Listen/Watch the Video for “Fem” HERE.

Produced by Napji, “Fem” opens with a victorious bang of brassy horns which flows throughout the mid-tempo song full of celebratory energy. The song boasts a message of confidence despite the opinion of others – Davido simply tells them to “be quiet.”

2019 marked a monumental year for Davido, born David Adeleke. It kickstarted with a sold-out date at London’s prestigious O2 Arena – making him the first solo African artist to do this. He created waves across America with his smash hit single “Fall” which is certified gold in the US and in Canada. He later release his sophomore album “A Good Time” which has achieved over 1.2 billion streams to date globally. Now, Davido gears up to release “A Better Time” in October 2020.

With an unmatched work rate, Davido has delivered back to back hits since his musical debut in 2011. Breaking out with successive singles “Back When,” “Dami Duro,”  “Gobe,” “Aye” and “Skelewu,” the latter would enjoy attention from Major Lazer and Wiwek who went on to remix the single. His musical elevation would see further global collaborations with Chris Brown, Pop Smoke, Summer Walker, Young Thug, Mayorkun and more. With a discography attesting to over a billion global streams and 400 million video views, the Afrobeats forerunner has very much established himself as a force to be reckoned with.