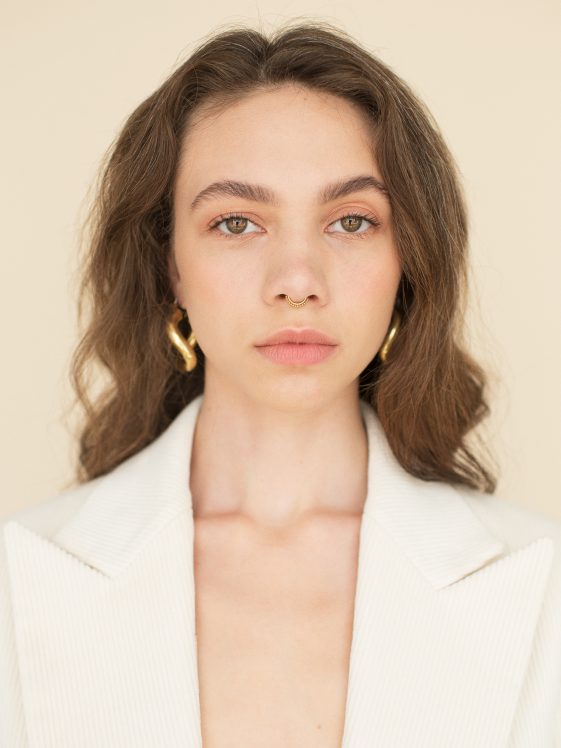 “Glowie is Iceland’s hottest, coolest talent and we love her. We’re talking grade A stuff” – BEAT

Whether sharing effervescent pop bangers about bullying on her single Cruel or wearing body insecurities on her sleeve on Body, proud feminist Glowie is finding that being honest and open with another is the antidote to life’s struggles. Her brand new single, “Unlovable”, is a comforting reminder we needn’t suffer in silence as Glowie sings, “Just know I’m still here, I still care when you feel alone and unlovable, lean on me”.

Her continuing transfiguration of negativity through genuine connection and glittering music is a vehemently earnest testimony to her strength as an artist and the songs message – one which will continue to resonate with, and encourage the many in her generation facing a multifarious range of new difficulties in isolation to reach out.

Speaking about the track, Glowie says: “I instantly fell in love with this song when I first heard it. The first thing that came to mind were the people I’ve connected with through my music, and the conversations I’ve had with them over the last few years. I love how comforting this song is, it’s all love and support, something that we all need, something that’s important that we all give to each other. I’m very open and honest, I talk about my experiences of being a woman in this world, of being a survivor of sexual abuse, dealing with anxiety and depression and other people open up to me about their experiences. It’s definitely one of the most beautiful things I’ve ever felt before, being able to connect with others in that way where we relate to each other so much and we’re able to bring comfort and support for each other.”

The release follows the announcement of her support on Banks’ forthcoming European tour and debut EP Where I Belong in June, which heralded widespread critical acclaim for its ability to mix glorious pop tracks with an important positive message for the masses.

Listen to the full Where I Belong EP here.

The Banks support tour is adding to an impressive list of performances for the already acclaimed artist: handpicked by Ed Sheeran to open for him in Iceland in August, Brighton’s Great Escape Festival and a support for Marina at The Royal Albert Hall in May.

Like many of us, Glowie grew up with an uncertainty about herself and how she looked. She caught on early that it helped to channel her feelings into art. Knowing the importance of taking care of yourself both physically and mentally proud feminist Glowie is conscious of spreading not just positivity but real talk both on social media and with her music.

Glowie released her debut single Body in October 2018. Written by Julia Michaels (Justin Bieber, Selena Gomez, Britney Spears et al.) the gold-plated banger arrived alongside a video featuring a diverse plethora of dancers handpicked by Glowie for their inspiring body confidence and captivating moves. And, having met US rapper Saweetie on set in LA, Glowie then released said Saweetie version to the masses, completing the package and marking an impressive arrival for the gen Z star.

Watch the video for “Body” HERE.

Her second single Cruel was penned by hitmaker and Glowie collaborator Tayla Parx (Ariana Grande, Anderson Paak, Khalid et al.). Bullied at school for being too skinny, Glowie found herself in an unhealthy relationship with her body and a whole host of uncertainty. Today however she proudly wears all her vulnerabilities on her sleeve, harnessing Cruel as the luminary for a new empowered generation, hungry to live their lives through unparalleled and uncensored honesty.

Watch the video for “Cruel” HERE.

To Buy or Stream “Unlovable”