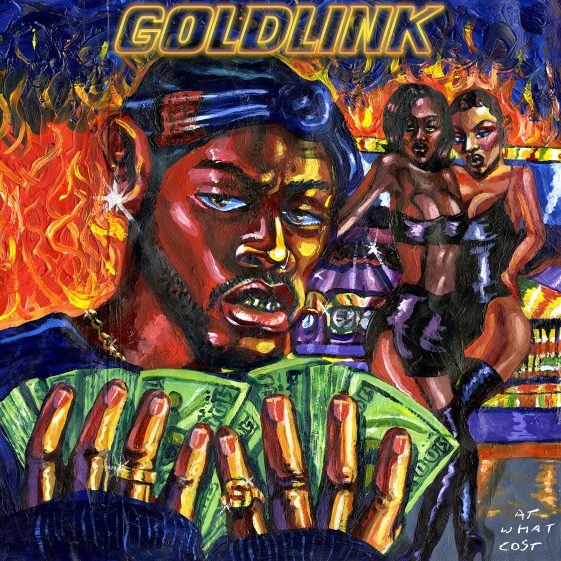 PRE-ORDER: At What Cost –

Following the release of his single “Meditation” ft. Jazmine Sullivan & Kaytranada last week, GoldLink is back today to announce his new project. At What Cost is due March 24th via Squaaash Club/RCA Records, and is available for pre-order now. To coincide with the announcement, GoldLink is sharing one more track from the project, “Pray Everyday (Survivor’s Guilt).” The track is produced by Sevn Thomas (who co-wrote and produced “Work” by Rihanna), Syk Sense (Khalid, Bryson Tiller), and Axl Folie (Kendrick Lamar, Drake). Yesterday, Pitchfork reviewed “Meditation” writing, “‘Meditation’ is a bouncy, dancefloor-ready track with plenty of energy to go around.”

The album announcement comes ahead of a run of spring shows that will find GoldLink touring alongside Little Dragon, as well as shows with Denzel Curry and Kaytranada, in addition to his performances at Coachella in April. Tickets for GoldLink’s upcoming live dates are available now here.

Hear “Pray Everyday (Survivor’s Guilt)” and pre-order At What Cost above, and find “Meditation” ft. Jazmine Sullivan & Kaytranada, the tracklist for the project, and full tour routing below.