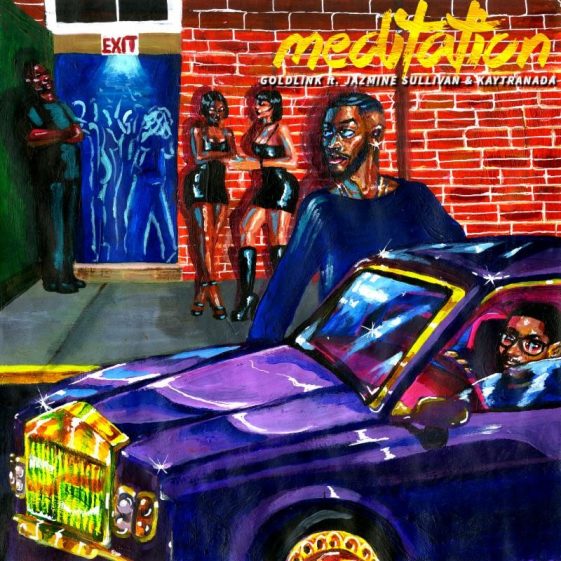 After sharing the music video for his single “Crew” last week, GoldLink is back today to share a new taste from his upcoming project. “Meditation” is a Kaytranada-produced track featuring Jazmine Sullivan, which debuted via Zane Lowe’s Beats 1 show moments ago.

On the inspiration behind the track, GoldLink says, “‘Meditation’ is a quick glimpse into DC Go-Go and street culture. It’s kind of like a West Side Story, in a way – as far as it’s a guy who sees a girl. This guy is from one neighborhood and the girl is from another rivaling neighborhood. They see each other across the room. He talks to her, they reminisce, they laugh, and then a confrontation happens.”
The single comes ahead of a run of spring shows that will find GoldLink touring alongside Little Dragon, as well as shows with Denzel Curry and Kaytranada, in addition to his performances at Coachella in April. Tickets for GoldLink’s upcoming live dates are available now here.

Listen to “Meditation” above now and stay tuned for more GoldLink news soon.