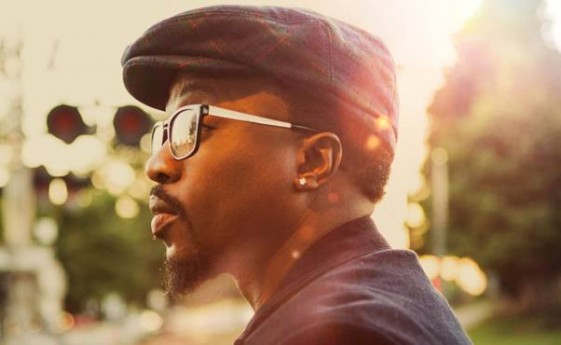 (October 7, 2014 – New York, NY) Grammy® Award winner Anthony Hamilton will embark on an intimate 17-city tour around the release of his first ever Christmas album, Home For The Holidays available on October 21, 2014 via RCA Records. The tour will commence on, Thursday, November 27, 2014, in Dallas, Texas, and will end in Wallingford, Connecticut, on Sunday, December 21, 2014. While on tour, Anthony will perform some of his classic hits, primarily focusing on his critically acclaimed holiday release.

With his signature voice and harmonious presence, Anthony Hamilton croons his way through some of the season’s most beloved holiday classics, providing soulful renditions of “Little Drummer Boy,” “Away In A Manger” and “Santa Claus Go Straight To The Ghetto”. Home For The Holidays features production from Grammy® nominated producer Kelvin Wooten, Grammy® Award winners The Avila Brothers, Mark Pellizzer and Alex Tanas of the hit band Magic!. The euphonious production is paired with original songwriting and arrangements from Hamilton, in addition to two members of Anthony Hamilton’s band, Kenneth Leonard Jr. and Corey “2E” Williams II.

With fans and editors patiently waiting to see Anthony on tour, when it comes to being on the road for Home For The Holidays, Hamilton is:

“Happy to be able to be on tour and in such intimate settings, to be able to connect with my fans. Having an emotional connection to this project was essential, I want my fans to be moved by the music and associate each song with a time where no other feeling mattered but love. This album and tour are for people who love good music.”

Hamilton has many surprises in store and looks forward to inviting fans to his second home, the stage, during the holidays.

Pre-Order Anthony Hamilton’s “Home for the Holidays” on iTunes Here!


Tickets are on sale for the Tour Dates Below: