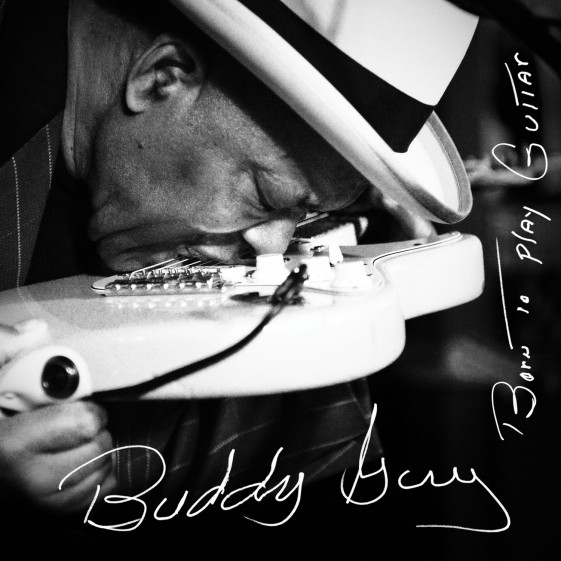 The follow-up to his spectacular 2013 #1 Billboard Blues album Rhythm and Blues, Born To Play Guitar has brought Guy back to the top of the charts while receiving critical praise from media and fans alike. Rolling Stone cites “he sings and solos with reliable ferocity” while Glide Magazine gave the album 9 out of 10 stars and states “Guy’s seasoned voice and tasty licks on his ’57 Stratocaster would satisfy any and all fans of his music and the genre itself.” The Journal Star proclaims that Guy “delivered a fresh, fully alive album that keeps the blues alive and shows he remains the best at it,” while Rambles.net declares “At 79, he generates more heat and energy than players half his age and, instead of being content to rest on his well-earned reputation, continues to lead the way toward the future of the blues, even as he keeps the past fresh and vibrant.”

Produced by Grammy Award winning producer/songwriter Tom Hambridge, Born To Play Guitar captures Guy keeping the blues alive and features collaborations with Van Morrison, Joss Stone, Kim Wilson and Billy Gibbons. Guy is joined by Morrison on the heartfelt “Flesh and Bone,” a tribute to B.B. King. On “Come Back Muddy,” Guy looks back on the good ole days with his close friend Muddy Waters.