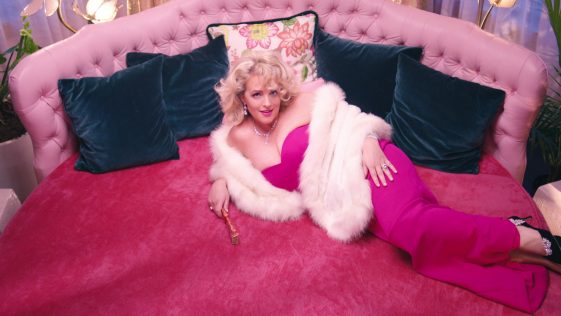 October 1, 2020 (Nashville, TN) – Today, Grammy® award-nominated artist Cam releases the video for “Classic.” The video was directed by Taylor Fauntleroy (Orville Peck, John Legend, The Chainsmokers) and filmed at White Limozeen, the brand new rooftop bar of the Graduate Hotel in Nashville, TN. Inspired by the glitz and glamour of 1950’s Hollywood, the vibrant and colorful clip stands as a dazzling ode to this *classic* time period.

“I seem to be looking back to the past a lot these days. Untangling the truth from the stories in my nostalgia and my identity,” says Cam. “You gotta know where you come from to know where you are going, right? So this video is my own vintage feminine exercise 💖 I got to dress up as Marilyn Monroe, Lucille Ball, Audrey Hepburn and dance around the bright pinks and retro vibe of the White Limozeen.”

Originally released in July, “Classic” was co-written and produced with Jack Antonoff (Taylor Swift, Lana Del Rey, St Vincent, The Chicks) and is the latest single released from her highly anticipated sophomore album, The Otherside. To date, Cam has released four tastes of what’s to come from The Otherside – “Classic” was preceded by the stunning, heartfelt “Redwood Tree,” the sensual, epic love song “Till There’s Nothing Left,” and the bold and empowering, “Diane.” The Otherside is due out October 30th via Triple Tigers/RCA Records and is available for pre-order now HERE.