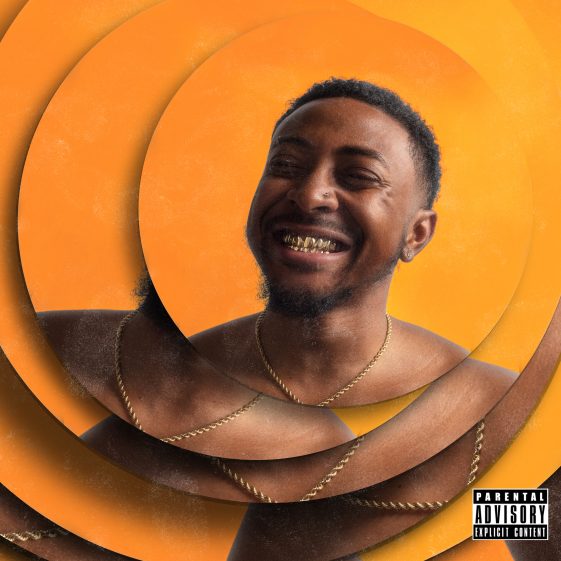 “Deante’ Hitchcock’s major label debut summarizes the state of his career. There’s a level of vulnerability, humor and honesty to Better that is a little too rare nowadays. He’s really one to watch from Atlanta.” — NPR Music’s No. 1 Albums And Songs of May

“Deante’ Hitchcock is undoubtedly one of Atlanta’s most overlooked artists, aptly sculpting out his sound away from much of the locale’s trap-clad archetypes.” – HYPEBEAST

After years of building a fanbase with quality singles, exhilarating live performances and infamous freestyles, Deante’s debut album BETTER served as an oral tour through the recesses of his mind, painting a picture of a young man trying tirelessly to become a better man. Hard-hitting and soulful, BETTER resonated with fans and critics alike, making the coveted NPR Music No. 1 Albums And Songs list for the month of May.

Be sure to watch Deante’ take center stage while delivering memorable bars during the BET Hip Hop Awards cyphers on October 27 and stay tuned for more information on the BETTER Deluxe.

Introspective. Talented. Lyricist. These are just a few words to describe Grammy-nominated rising Atlanta artist Deante’ Hitchcock. After dropping out of Georgia Southern University, Deante’ decided that rap was his only option and began working harder than ever by releasing mixtapes and videos that created an undeniable buzz. His witty, charismatic social media freestyle videos generated his highest exposure, catching the attention of celebs like Wale and Charlamagne Tha God, and eventually led to a recording deal with Mark Pitts’ ByStorm Entertainment.

With several impressive EPs under his lyrical belt, (Good, So Much for Good Luck, Just A Sample, Just A Sample 2) Deante’ is following in the footsteps of the Atlanta legends that came before him such as 2Chainz and Waka Flocka. “What sets him apart from most rappers is his use of storytelling, flexibility in verses, and performances with live bands,” states KarenCivil.com. The Rap Hippies declares, “Hitchcock, who has a knack for crafting hard-hitting, comical, and oftentimes vulnerable lyrics, spits every rhyme as if his life depended on it… If every rapper was as hungry as Deante’ Hitchcock, the world would be a better place. Period.”

In 2019, Deante’ secured a highly coveted spot on the Grammy-nominated J. Cole compilation album, Revenge the Dreamers III, which is currently RIAA-certified Platinum. His latest single, “How TF” featuring LVRN’s 6LACK has 10 million streams and continues to gain exposure with his recently released debut album BETTER on ByStorm Entertainment/RCA Records.