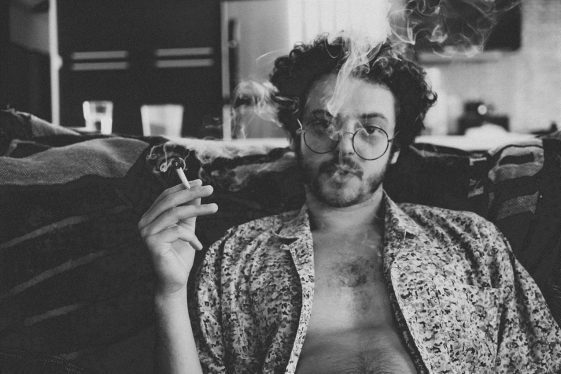 grandson says about the video, “The video was inspired by looking at a crumpled up dollar bill in my wallet and imagining the different hands its passed through, the nefarious characters it might have met along the way, the story it would tell.”

Last September, grandson released “Bills” on Zane Lowe’s Beats 1 Radio show as record of the Day.  The song was also featured on Apple Music’s Breaking Alternative and Breaking Rock.  Noisey said about “Bills”, “The arrival of trap drums over that riff is still a bracing moment that speaks louder than most words can.” Noisey also stated, “You’re messing up if grandson isn’t on your radar”.

grandson is a 23 year-old alternative artist hailing from Toronto, Canada. His sound is a unique fusion of blues, grunge, rock, and urban, trap-influenced production. grandson’s music draws inspiration from artists like Led Zeppelin, Rage Against The Machine and Ray Charles, combined with the current rap/R&B production styles coming out of LA and Toronto. A childhood interest in rock and soul music got grandson playing guitar and piano, which eventually led to beatboxing and producing hip-hop as a way to create his own original music. After writing, producing and recording a 5-song demo in his Montreal apartment, grandson dropped out of college and relocated to Los Angeles to pursue music full time. He is currently hard at work on his debut project.

To Buy or Stream “Bills”:

For more information on grandson: