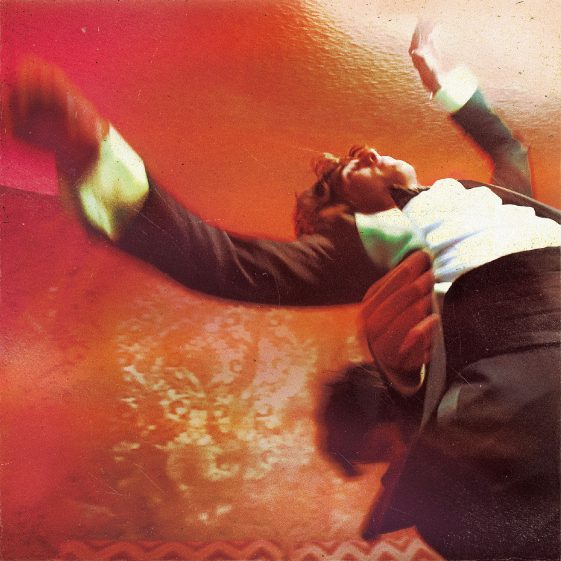 Says Josh, “There is a really funny story with how the hook of the chorus “Time’s always right to fix What’s Wrong” came to be. It randomly enough was actually a misquote from a conversation between Olivia Wilde & one of our creative directors Jordan, from JA Collective, who also happens to be my roommate. Olivia & JA were working together on a project a few months back & at one point Jordan noted how absurdly difficult it is to find choreographers on IMDB, but also noted that was a pretty minor problem considering the myriad of problems 2020 had brought to light. Olivia replied “the time is always right to do what’s right,”  which Jordan misquoted to me  later that evening, forming the line “Time’s always right to fix what’s wrong”.  That line felt like the open door to address the social climate we’ve all been surrounded by for nearly a year now & prompted the idea of transformation of one’s immediate & eventually global environment by looking inward first, to look in the mirror & realize that is where the change is going to begin.

Creating the music video took the transformative theme of the song a step further by exploring one small crummy apartment seen in two radically different ways.  Naturally we uniformed ourselves in tuxedos to stress the polarity even more.  Trying to execute a video shoot in covid is incredibly challenging, but we didn’t realize how much covid was subtly influencing the story of the music video until we started location scouting.  We felt strongly that there was something really special about filming it in a confined space, especially with that being the environment so many people have found themselves stuck in during quarantine – but transforming it into more.  2020 was a life changing year for many, for us it was a big break, being home and off the road  all year, we were thankful for a breath to think, reflect & process, as many have had this year.  A lot of what we reflected on was how now more than ever, there is a desperate need for hope & love & honesty and change. So at this point we can only trust that we’ve made something honest & hope those who hear ‘What’s Wrong’ will feel loved & begin to hope in something truly transformative.”

The music of half•alive breathes, evolves, grows, and changes alongside the lives of the Long Beach trio—Josh Taylor [vocals], Brett Kramer [drums], and J Tyler Johnson [bass]. half•alive officially came to life on the 2017 3 EP, which sparked a palpable buzz on the strength of “The Fall” and “Aawake At Night”. Over the course of the next year, they crafted what became their massive breakout “still feel.” which has been RIAA certified Gold, rocketed into the Top 10 at Alt Radio and has over 276 million worldwide streams to date. The video organically surpassed the 10 million mark within two months as the song garnered acclaim from NPR’s coveted “All Songs Considered” and more. The trio sold out their formal debut headlining tour in 2019  which included 2 sold out shows at The Fonda Theatre in LA. The tour also included stops at major music festivals including Lollapalooza, Outside Lands and Bumbershoot. Later that year the band made their late night television debut with a very special performance of “still feel.” on Jimmy Kimmel Live!. Check out the incredible and unique performance HERE. They also performed “Runaway” on The Late Late Show with James Corden. In August 2019, they released their debut album Now, Not Yet which has amassed over 472 million worldwide audio streams to date. half•alive was named YouTube’s Artist on the Rise and their live Vevo DSCVR performances of “RUNAWAY” and “arrow” showcase their incredible creative artistry. Last year, half•alive released their EP “in Florescence,” an audio and visual project that included orchestral arrangements of 4 tracks off their critically acclaimed debut album Now, Not Yet as well as videos for 3 of the 4 songs to accompany them.