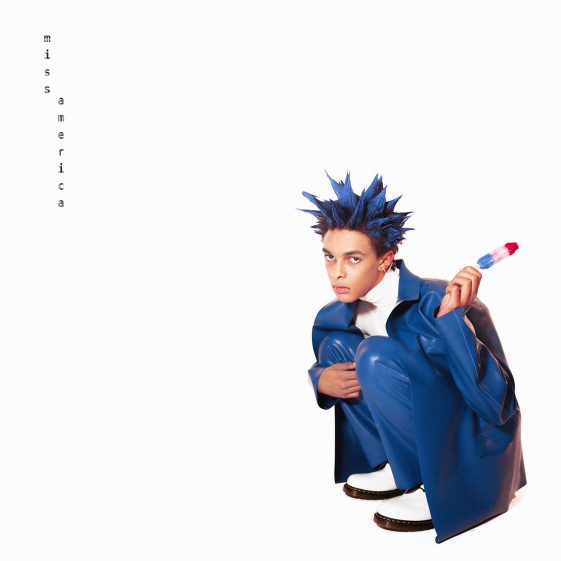 Isaac says, “In my 17 years, I’ve never felt this much tension and witnessed such division amongst a country that is supposed to be “united”. i will miss america, but in order for there to be peace, we need to go through this ugly phase. While writing “Miss America” I wanted to look at the current state of the country and try to put into words how it makes me feel. This song helps me cope with the current climate in my own way, understanding the struggle of America while trying not to be critical. we are entering a new phase of this country and I hope there is positive change around the corner.”

The 17-year-old budding artist supported girl in red on her North American and European run of show dates last year and released his highly anticipated EP balloons don’t float here. It garnered the attention of notable tastemakers like Zane Lowe, The FADER, Ones To Watch, and Hillydilly, which stated: “it’s only a matter of time until he gets worldwide recognition.” Hailing from Cape Cod, Massachusetts, Isaac’s EP melds complex sounds and atmospheric, beat-driven production to create melodic and introspective tracks. The unique brand of distorted ballads combined with lush, multilayered dream-pop harmonies and malleable, heady synth drops creates a genre-bending EP. In April, Isaac released his isaac’s insects EP which led LADYGUNN to call him a “…young pioneer…” and PAPER Magazine declaring him a “…verifiable wunderkind…”