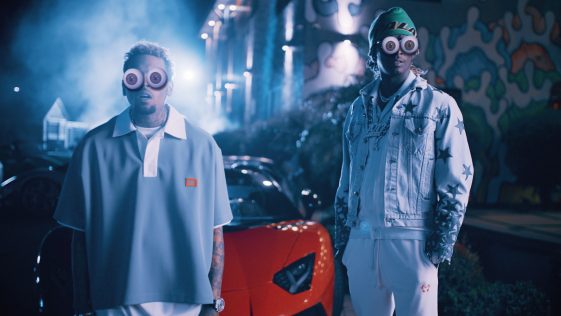 [New York, NY – July 17, 2020] The wait is finally over!  Today, Chris Brown and Young Thug release the electrifying new video for “Go Crazy,” one of the many hit songs from their joint mixtape Slime & B. Click here to watch.

Directed by Chris Brown and Matt Fuller, the colorful video finds the duo in the midst of an epic house party, replete with signature dance moves by Brown along with cameos by Justin and King Combs.