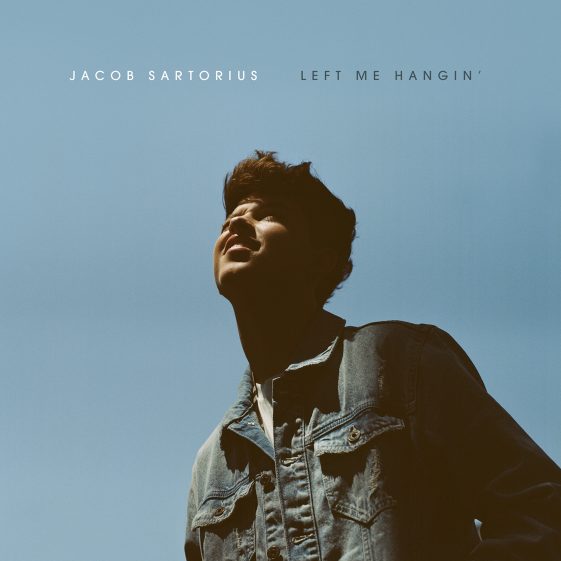 August 25, 2017 – New York, NY – Pop sensation Jacob Sartorius will release his brand new Left Me Hangin’ EP on October 6. This will be his first release under his major label deal with RCA Records. The pre-order goes live today and unlocks an instant grat download of the new single “Skateboard” and the previously released fan favorite “Hit Me Back” [feat. blackbear].

Amping up excitement for the EP’s impending arrival, Jacob just shared the lyric video for “Skateboard.” Watch it HERE.

Written by powerhouse hitmaker Julia Michaels [Justin Bieber, Selena Gomez], Jacob’s voice cruises over a slick R&B beat into an unshakable hook—“Hey, I’m gonna ride this skateboard down the block, forget my problems when I reach the top”—punctuated by piano and handclaps.

“Skateboard” arrives hot on the heels of “Hit Me Back,” which racked up 4 million YouTube/VEVO views and nearly 3 million Spotify streams to date. In addition to praise from New York Times, Idolator, Just Jared Jr., and more, Billboard claimed, “with the release of each new song, he’s closer to the dream of pop stardom.”

As a special treat for his fans, on September 30, Jacob will perform three special shows in three cities. This gives fans the first opportunity to experience the new tunes LIVE.

Following a year of independent success, including two RIAA gold certifications for his debut single “Sweatshirt” and “Hit or Miss” as well as sold out shows worldwide, Jacob excitedly enters into this new partnership with RCA Records. He’ll be revealing more big surprises very soon!

This fall, Jacob takes Left Me Hangin’ on the road across Europe accompanied by Bars & Melody and The Bomb Digz with special guest appearances by Lukas Rieger.

Check out the confirmed itinerary below, with additional US dates to be added.

ABOUT JACOB SARTORIUS:
With an irresistible voice, magnetic charisma, and that instantly recognizable coif, Jacob Sartorius built an undeniable and unique connection with millions of fans worldwide in 2016—which only grows stronger by the day. The 14-year-old all-around entertainer, musician, actor, and social media force seamlessly evolved from online stardom to mainstream ubiquity by following a path of his own. In under the span of a year, his debut single “Sweatshirt” independently achieved RIAA gold status, amassed over 15.1 million Spotify streams, and 70 million-plus YouTube views as he sold out his very first headline tour, the All My Friends Tour. He graced the cover of Billboard Magazine, performed at the Kid’s Choice Awards, guested on HBO’s Vice News Now, appeared on NPR’s Here and Now, and attracted praise from The New York Times, Seventeen, Just Jared Jr., and many others, in addition to receiving nominations at the People’s Choice Awards, Teen Choice Awards, Kid’s Choice Awards, iHeart Radio Awards, and Streamy Awards. Everything set the stage for the 2017 release of his debut EP, The Last Text, worldwide tour, and its follow-up Left Me Hangin’ EP.