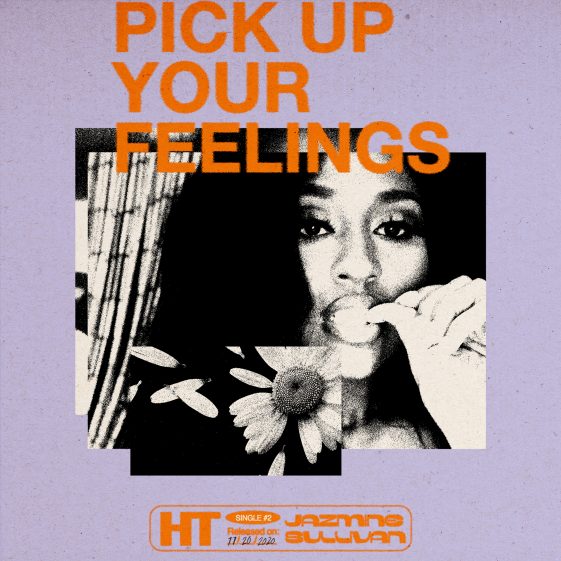 [New York, NY – November 20, 2020] Earlier this year, the incomparable Jazmine Sullivan released “Lost One,” the smoldering ballad that explores the feelings of remorse one experiences after a failed relationship.  Today, the Grammy-nominated singer/songwriter offers the other end of the relationship spectrum in the unapologetic “Pick Up Your Feelings,” currently available at all digital service providers via RCA Records.  Click here to listen.

Produced by DZL for Glitchwerk Productions, the mid-tempo bop on the studio version of “Pick Up Your Feelings” is accentuated by Jazmine’s unparalleled vocals and blunt lyrics:

I ain’t got the room for extra baggage

So don’t forget to come and pick your FEELINGS

Don’t forget to come and pick your FEELINGS

“Pick Up Your Feelings” and “Lost One” will appear on Sullivan’s new full-length project, out this winter on RCA Records. Recent social media vocal challenges of “Insecure” and “Lost One” served as a reminder that Jazmine is one of today’s most dynamic vocalists. Sullivan’s 2015 third studio album, Reality Show, appeared on numerous “Best of” lists, including NPR Music which proclaimed Jazmine “is blessed with a ninth-wonder-of-the-world voice: She sounds sly, raspy, nimble, battleship-sturdy, gospel-drenched, emotionally devastating.”

Reality Show, which included fan favorites “Let It Burn,” “Forever Don’t Last,” and “Mascara,” debuted at No. 1 on Billboard’s R&B Albums chart, No. 2 on the R&B/Hip-Hop Albums chart, No. 3 on the Digital Albums chart and No. 12 on the Billboard Top 200.  The album also received three Grammy nominations.

In 2008, Jazmine Sullivan released her debut album Fearless, which featured the chart topping hit singles “Need You Bad” and “Bust Your Windows,” and earned the Philadelphia native seven Grammy nominations including Best New Artist.  Jazmine released her second album, the critically acclaimed Love Me Back in 2010, of which the Associated Press declared as “something amazing” and consequently garnered her an eighth Grammy nomination for “Holding You Down (Goin’ In Circles).” Sullivan is the recipient of the Billboard Women in Music Rising Star Award (2010) and BET Her Award (2009).

Listen/watch “Pick Up Your Feelings” and stay tuned for more from Jazmine Sullivan coming soon.

“Pick Up Your Feelings” – https://smarturl.it/PickUpYourFeelings