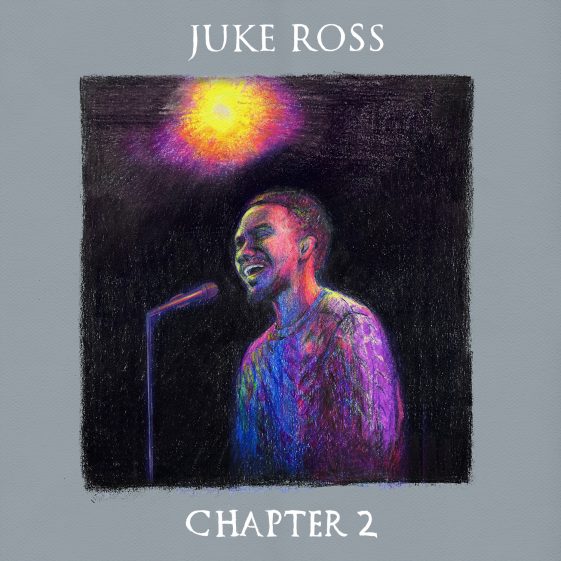 Juke says of the album, “Chapter 2 is the story of a fish leaving its pond (Guyana) in pursuit of a Dream. A fish out of fresh water in an ocean of many creatures; about crossing rivers against the tide, reaching the ocean and learning to swim in bigger waves. It’s about survival and freedom. It’s about dreamers. It encompasses the long hard road to being an artist. A road filled with beautiful instances of life if only you can perceive them. Plenty sunshine and of course a bit of rain. It is a sort of metamorphosis and its end places us right where we are now. At the end of a rainstorm and ready for summer.”

Earlier this year, Juke released his up-tempo ballad along with an accompanying music video for “Amazing.” Prior to that, Juke released his Drifting Apart EP, which featured the songs “Burned By The Love,” “We Never Die” and “Trading Places.”  The EP has accumulated over 10 million streams to date.  The Deluxe Edition of the EP includes additional acoustic version of the original EP tracks.  His releases so far have garnered praise and features from the likes of Rolling Stone, Earmilk, PopDust, Idolator and more.  Juke Ross also toured in support of the EP release, which saw him play shows in New York, sold out Toronto’s Velvet Underground, Seattle, Portland, Los Angeles and more. Before which he opened for Mark Knopfler on his European leg of his Farewell tour.

Juke Ross currently resides in Brooklyn, New York by way of Guyana, South America. One of 14 siblings, the self-described “med school dropout,” singer-songwriter, producer, and multi-instrumentalist touched down stateside in 2016 after his independent single “Colour Me” caught fire on Spotify. Acoustic guitar in hand, his effortless take on pop soul organically emanated Caribbean flavor and quietly attracted upwards of 80 million cumulative streams and 2 million listeners on Spotify within two years. Written in his birthplace, the Grey EP detailed the initial phase as he went from a tiny country to one of the biggest cities in the world.

In 2018, he enjoyed a series of firsts in North America. He sold out “Arlene’s” and tried his hand at composing in the States, delivering the one-offs “Hey Lil’ Mama” and “Fresh Roses.” The latter racked up 17.5 million Spotify streams in under six months.