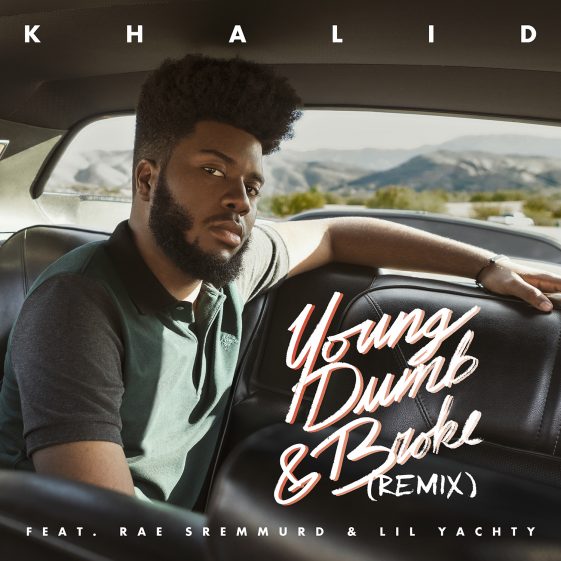 Last month, Khalid announced his second North American headlining tour called the “American Teen Tour” in support of his debut album.  The tour sold out so quickly that each city needed to switch to larger venues or additional shows were added. The entire tour is officially sold out. Khalid will be kicking off the “American Teen Tour” on July 12th in Portland and will be making a number of stops in major cities including two New York Shows at Terminal 5, three shows at The Novo in Los Angeles, as well as in Toronto and Chicago. See full list of tour dates below.

Khalid also recently celebrated the success of his hit single “Location”, which is now certified Platinum by the RIAA, with a plaque commemorating the sales and streams of more than one million copies of the Right Hand Music Group/RCA Records single.  “Location” hit #1 at Urban Radio, hit the top 3 at Rhythmic Radio and is in the top 20 on the Billboard Hot 100 Chart.

Khalid released “Location” before his high school graduation and it garnered over 1.52 million plays in less than two months, which led to his major label deal with Right Hand Music Group/RCA Records.  Khalid’s debut album, American Teen, has received mass critical acclaim with praise from The New York Times, TIME Magazine, Billboard, NYLON, and many more. Billboard stated, “…effortlessly excellent…the kid is still so young, but this body of work is beyond his years”.  Khalid has also performed on The Tonight Show Starring Jimmy Fallon, The Ellen DeGeneres Show, Good Morning America, and at this year’s SXSW where he won MTV’s Woodie To Watch Award. Additionally, Khalid embarked on his first-ever headlining tour in both the U.S. and select European cities where he sold-out every single date before the album was even released. Khalid has over half a billion streams worldwide across all partners, and he is one of two solo teenagers to reach the top 10 on the Billboard 200 in the last 12 months. Khalid recently announced his upcoming “American Teen Tour”, which sold out so quickly that some of his performances needed to switch to larger venues and additional dates have been added.  He has been nominated for a 2017 BET Award for Best New Artist, and he is currently the face of Forever 21’s Summer Digital Campaign, #F21xMusic, Men’s Line, and named MTV Push: Artist to Watch for the month of July.