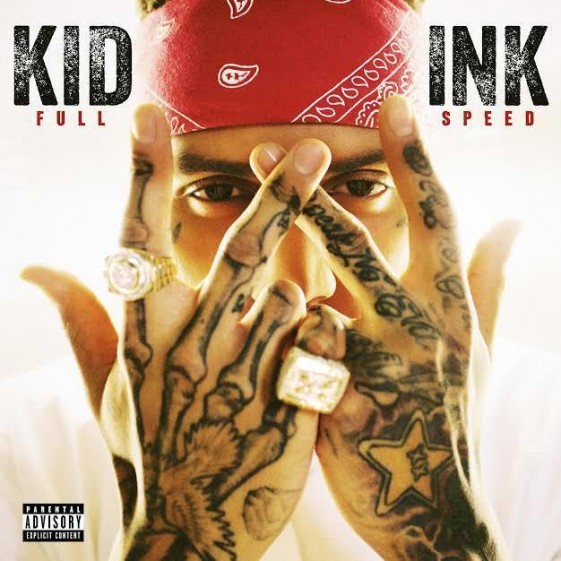 Chart-topping, multi-platinum selling hip-hop artist Kid Ink announces today that his major label sophomore album, Full Speed, will be released on February 3, 2015 via Tha Alumni Music Group/88 Classic/RCA Records.  The album will be available for pre-order on December 15 at all digital music retail providers.  Fans who pre-order the album will receive an instant download of “Body Language” and “Cool Back.” More details on Full Speed will be revealed soon.

The album’s first single, “Body Language” featuring Usher and Tinashe, has been streamed over 12 million times worldwide and declared as “another infectious rap track with a club-ready beat and an R&B assist” by MTV. The eye-catching video has received nearly 8 million views and earned MTV Jams’ “Jam of the Week” status.

“I named my last album ‘My Own Lane’ because that’s exactly how I felt at the time. After having an amazing year, I feel like I am just now hitting my stride and I’m going full speed in my own lane on this album.”

And what an amazing year it has been for the West coast native! Selected by Shazam as one of the “2014 New Artists to Watch” and chosen by MTV International as their first PUSH campaign artist of 2014, Ink released his major label debut album, My Own Lane, on January 7, 2014.  My Own Lane entered at #1 on Billboard’s Rap Albums chart, #2 on Top R&B/Hip Hop Albums chart and #3 on both the Top 200 and Top Digital Albums charts, according to Nielsen SoundScan. Since its release, the album has accrued worldwide TEA and album sales of over 730,000! The album’s hit single “Show Me” is RIAA-certified double platinum in the US, gold in Australia and Canada.  The single holds the record for the most weeks at #1 on the Rap Airplay chart for 18 weeks and was the #1 airplay record at Rhythmic radio for 2014 making Ink the #2 airplay artist at that format behind Chris Brown. Ink’s follow-up single, “Main Chick,” is certified gold and was the most added song at Urban Mainstream radio at the time of release. The videos for both aforementioned songs were viewed over 126 million times with “Show Me” garnering VEVO certified status crossing 100 million views. Not one to rest on his laurels, Ink has performed over 200 shows in over 24 countries this year, inclusive of his recent sold-out “My Own Lane European Tour.”

With an impressive 2014 under his belt, the lane is wide open for more success for Kid Ink in 2015.

Keep Up With Kid Ink