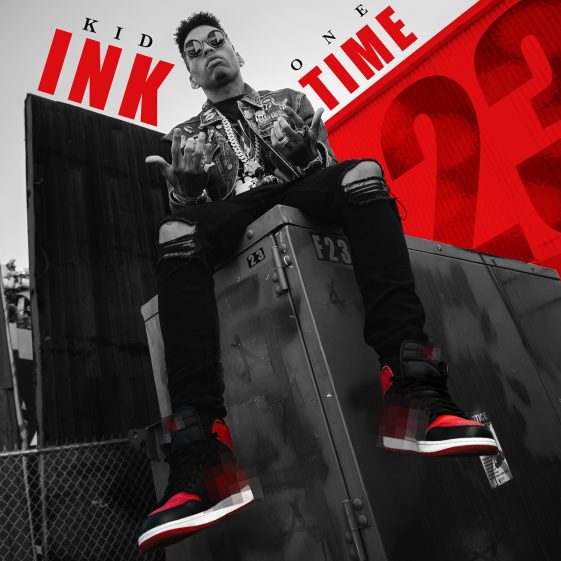 [May 11, 2018 – New York, NY] Today, chart-topping, multi-platinum selling rapper and producer Kid Ink shares a new track entitled, “One Time.” The track, which was created for the forthcoming documentary, Unbanned: The Legend of AJ1, is now available to stream and purchase on all digital service providers. Click here to listen.

Unbanned: The Legend of AJ1 explores the dynamic journey of the Air Jordan 1 from its unlikely beginnings to its role in disrupting long-established rules of the NBA, birthing a sneaker culture, impacting Hip-Hop and influencing a social and cultural revolution. The film, written and directed by Dexton Deboree premiered at 17th annual Tribeca Film Festival in New York City where Ink delivered his first live performance of the track. It is set to release later this year.

Click here to read Kid Ink’s recent Billboard interview where he shares his feelings about being part of the documentary.

Kid Ink has toured with the likes of Kendrick Lamar and Chris Brown and recently wrapped his own headlining European “Up All Night” Tour.