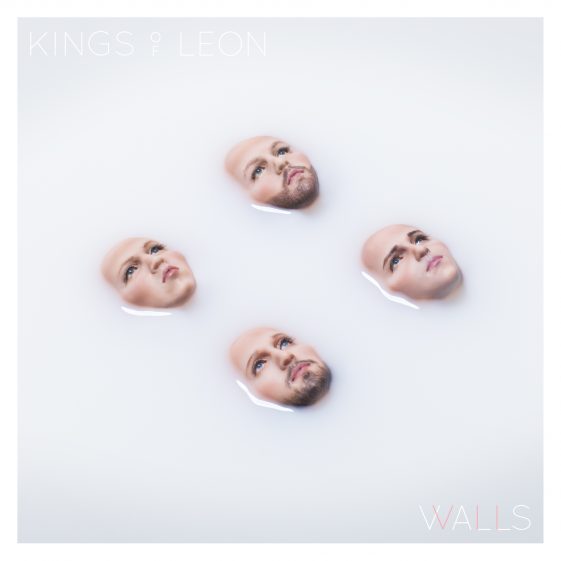 THE WALLS COME DOWN…

The Grammy Award winning group also announced a U.S. tour this morning on NBC’s TODAY where they performed their new single “Waste A Moment” for a packed courtyard audience. The first leg of the tour, promoted by Live Nation (except where noted below), will begin January 12th in National Harbor, MD and route through major U.S. cities including New York, Boston, Philadelphia, Chicago before ending January 28th in Los Angeles.

Tickets to the general public go on-sale Friday, October 21st. A full listing of tour dates is below.

Since their debut in 2003, Kings of Leon (Caleb (guitar/vocals), Nathan (drums), Jared (bass) and Matthew Followill (guitar)) have released six albums (Youth & Young Manhood (2003), Aha Shake Heartbreak (2004), Because of the Times (2007), Only by the Night (2008), Come Around Sundown (2010) and Mechanical Bull (2013)), sold over 18 million albums and over 24 million singles worldwide. The multi-platinum selling band has had five singles on the Billboard Hot 100 chart, all six of their studio albums on Billboard’s Top 200 list and two singles that reached #1 on Modern Rock radio. In addition, they have had seven Grammy Nominations, four Grammy Award wins, three NME Awards, two Brit Awards and one Juno Award. They have toured all over the world, playing at top venues and headlining major festivals such as Bonnaroo, Lollapalooza, Austin City Limits and Glastonbury. Kings of Leon is set to release their seventh studio album WALLS this fall.

Citi Private Pass enables Citi cardmembers to purchase tickets to events where they can experience some of the best in sports, dining, music and family entertainment. In 2015 alone, Citi Private Pass offered cardmembers access to over 12,000 events across sports, dining, music and family entertainment. With more than 6,500 music events a year.