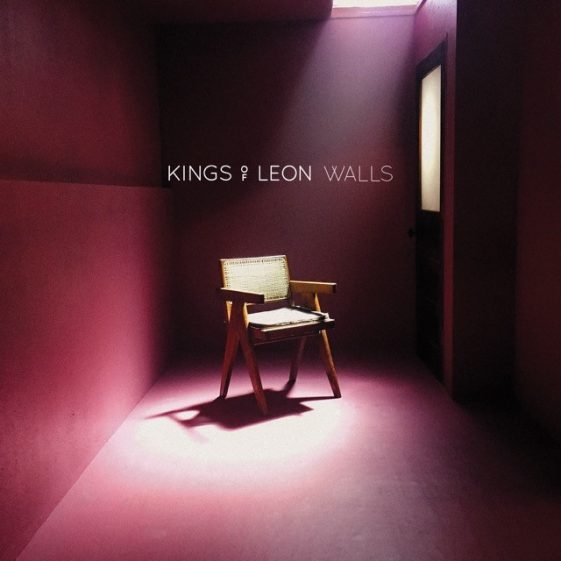 SET FOR RELEASE ON OCTOBER 14th

Kings Of Leon’s new track is featured today as Zane Lowe’s “World Record of the Day” on Beats 1, Apple Music’s global radio station. Listeners will be able to hear to the new song as well as an interview with the band from 9:00 am-11:00 am PST, with a repeat edition at 9:00 pm-11:00 pm PST here. Later today, the show will also be available on Apple Music’s On Demand and episode tracklists. Additional information below.

The album’s title track is off of the band’s highly-anticipated upcoming seventh studio album WALLS, available for pre-order now. Fans who pre-order the album from the band’s official webstore will receive a unique pre-sale code at checkout that will grant them early access to purchase tickets to Kings Of Leon’s upcoming 2017 U.S. headlining tour.  The full details of the tour will be announced soon.

Additionally, on October 6th, Kings Of Leon will be playing at the Ascend Amphitheater in their hometown of Nashville, TN. All ticket purchases to this date will automatically include a physical copy of WALLS redeemable through Ticketmaster. Tickets are available now.

Kings Of Leon’s upcoming album WALLS, which New York Times says is “as new, as old, as timeless as the first” and Q Magazine states is “up there with their best,” is their first album in three years after their Grammy Nominated album Mechanical Bull. The album is set for release on October 14th.

Kings Of Leon’s tour of Neon Leon and discussion of their new album:

Kings Of Leon: Caleb on premonitions in his lyrics

About Kings Of Leon

Since their debut in 2003, Kings Of Leon (Caleb (guitar/vocals), Nathan (drums), Jared (bass) and Matthew Followill (guitar)) have released six albums (Youth & Young Manhood (2003), Aha Shake Heartbreak (2004), Because of the Times (2007), Only by the Night (2008), Come Around Sundown (2010) and Mechanical Bull (2013)), sold over 18 million albums and over 24 million singles worldwide. The multi-platinum selling band has had five singles on the Billboard Hot 100 chart, all six of their studio albums on Billboard’s Top 200 list and three singles that reached #1 on Modern Rock radio. In addition, they have had seven Grammy Nominations, four Grammy Award wins, three NME Awards, two Brit Awards and one Juno Award. They have toured all over the world, playing at top venues and headlining major festivals such as Bonnaroo, Lollapalooza, Austin City Limits and Glastonbury. Kings Of Leon will release their seventh studio album WALLS on October 14th.

Listen to “WALLS” on: