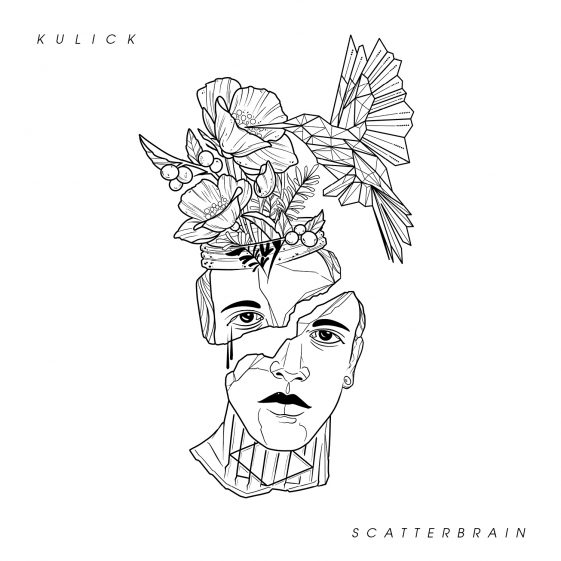 Written by Kulick and April Rose Gabrielli, Kulick explains his inspiration for “Scatterbrain”:

“Scatterbrain is a song about today’s busy society, both young and old, and the battle to stay true to who you are. Deciding to fight the resistance to be who you are in order to please others, gain attention, and popularity. We’re spending too much time focused on our phones, our material selves, and our digital lives instead of focusing on our self-discovery, physical lives, and dreams. It also has undertones of fighting the person or people who aren’t good for you, even if they pretend to be. It’s also about choosing to always fight for what is right, even when the world is leaning the other way.”

Originally from West Penn, PA, Jacob Kulick, who now goes solely by his surname, turned his tiny closet into his own private music studio at age 12 and began writing and recording songs as a way to cope with his anxiety and the loneliness of being an outcast. He co-founded a high school band Story of Another, self-produced his own album, and went on to study audio engineering at the Art Institute of Philadelphia. Kulick released his debut EP Hydroplane in 2018 via GRNDVW/Gold’N Retriever/RCA Records, featuring his powerful single “Ghost.” Since releasing his debut EP, he’s garnered almost 3 million streams worldwide and counting. Kulick possesses sharp songwriting skills and innate musical talent that he has carefully honed since first learning to play drums and guitar at a young age. He says about songwriting: “I started making music because I felt like I had to get something out of me, although at the time I wasn’t even completely sure what that was.” Kulick continues to live in PA where he has found a certain solace in staying close to home, both geographically and in the emotional essence of his songwriting. “Every single time I write, it’s that same feeling from when I first started out with music—it’s my way of dealing with all this stuff going on in my head.”